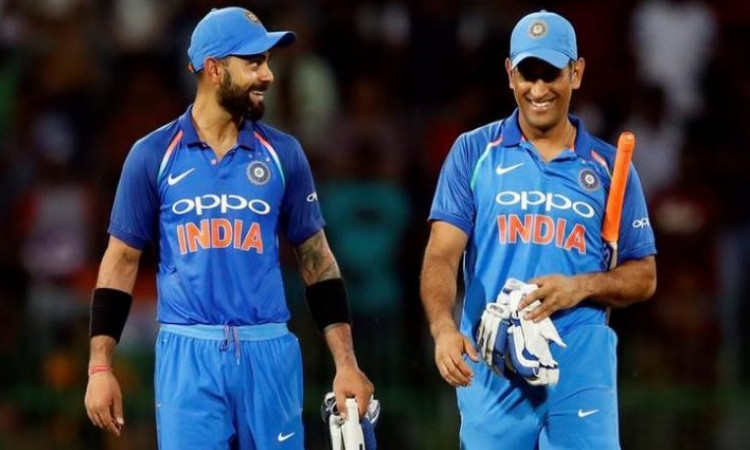 Mumbai, April 2:  M.S. Dhoni and AB de Villiers are the two batters Virat Kohli loves batting with the most, the Indian captain said on Thursday during a social media interaction with former England batsman Kevin Pietersen.

"I enjoy batting with those who can run fast with me. So it has to be MS when we play for India together and AB when we play in the IPL for RCB. We don't even talk while we are batting," Kohli said during an Instagram live hosted by Pietersen.

Pietersen had previously hosted India's limited-overs vice captain Rohit Sharma at a time all are indoors due to the 21-day lockdown in the country to battle coronavirus pandemic.

Kohli also spoke about the Indian cricket team being one of the best fielding sides in the world and how he got that culture in the side.

"I was lucky to be in the centre of transition. I got to see what we were lacking and what the world was doing and we needed to catch up. So I was lucky to play with plyeers who were on same page," Kohli said.

The pair also went down memory lane to talk about their days playing together for Royal Challengers Bangalore (RCB) in 2009 and 2010.

"Right from 2009-10 we had amazing fun at RCB. We hit off well from Day 1. You came in as the big KP a star. We had a gun team with Kallis, Boucher, Anil Kumble, Rahul Dravid," Kohli said.

RCB have reached three finals but have never won an IPL. Kohli, as captain of the side, said he feels they deserved a title but added he is not obsessed to win one with the franchise.

"We have reached three finals but haven't won. We deserve to win a title. At RCB, we get talked about so much as we had stars. The more you think (about winning the IPL), the more it keeps running away from you. There have been added pressure lately but we need to just enjoy and not take pressure."