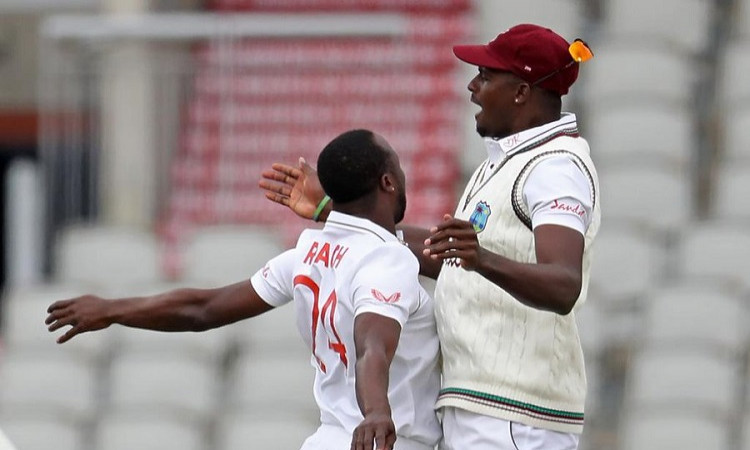 Manchester, July 24:  West Indies continued to keep England on a tight leash in the second session of the first day of the decisive third Test between the two sides at Old Trafford on Friday. Fast bowler Kemar Roach picked his second wicket of the day as he dismissed the in-form Ben Stokes (20).

England started the second session with Stokes and opener Rory Burns in the middle after they had lost captain Joe Root towards the end of the first session. The pair held on to put up 45 runs for the third wicket but Roach managed to flumox Stokes on the last ball of the eighth over of the session to break the fledgling stand.

Roach sent in an inswinger that Stokes looked to defend but the ball burst through the gap between the bat and pad to take the stumps.

Later, Burns' (57) 147-ball vigil ended when he edged Roston Chase to slips where Rahkeem Cornwall took a stunning catch. Buttler, who has had pressure mounting on him due to his poor performances with the bat in Test matches, and Pope then saw England through to Tea.