Manchester, July 2: Ben Stokes underlined his class once again in the last over before Tea to remove Jermaine Blackwood in dramatic fashion and tilt the scales in favour of England as West Indies were left reeling at 137/5, still needing 175 runs to win, on the fifth and final day of the second #raisethebat Test at Old Trafford here on Monday. The hosts now need 5 more wickets to level the series. 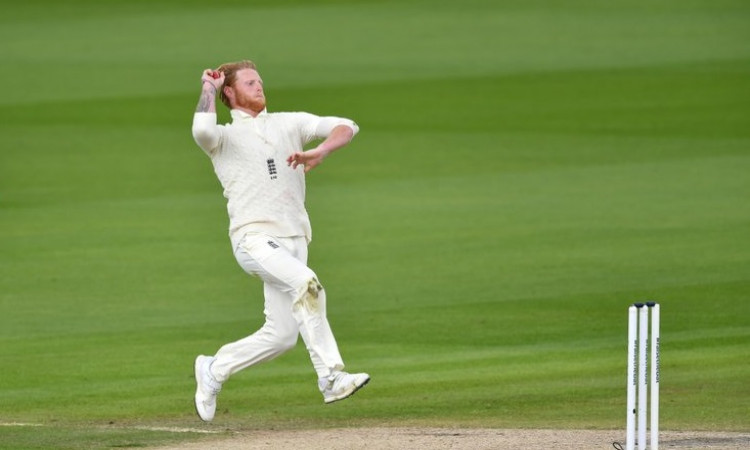 Stuart Broad claimed three wickets to raise England hopes of a series-levelling win before Shamarh Brooks (52 batting) and Blackwood (55) dug deep to hold fort for the Windies with a stand of 100 runs for the fifth wicket.

But the indefatigable Stokes removed the dangerous Blackwood with a crisp bouncer from around the wicket three balls after chasing a Blackwood punch down the ground off his own bowling. The red cherry found the fence but not before England's World Cup hero dived in his attempt to stop it.

Chasing 312 for victory, West Indies top-order batsmen fell like a pack of cards in their second innings after Stokes' batting masterclass in the opening session of the day took the hosts to 129/3 before skipper Joe Root declared.

Veteran pacer Broad, who had said after the fourth day's play that they will be going for the win, started on the perfect note as he dismissed opener John Campbell in the first over itself.

Kraigg Brathwaite and Shai Hope then joined forces in the middle and kept the bowlers at bay briefly till the opener was adjudged LBW off the bowling of Chris Woakes for 12.

Hope was next to head back into the pavillion as he was comprehensively castled by Broad. This was the pacer's second wicket of the innings.

After the lunch break, Roston Chase was trapped in front by Broad to reduce the tourists to 37/4 before Brooks and Blackwood joined hands.