ENG vs PAK: James Anderson on cusp of history as England remain on top 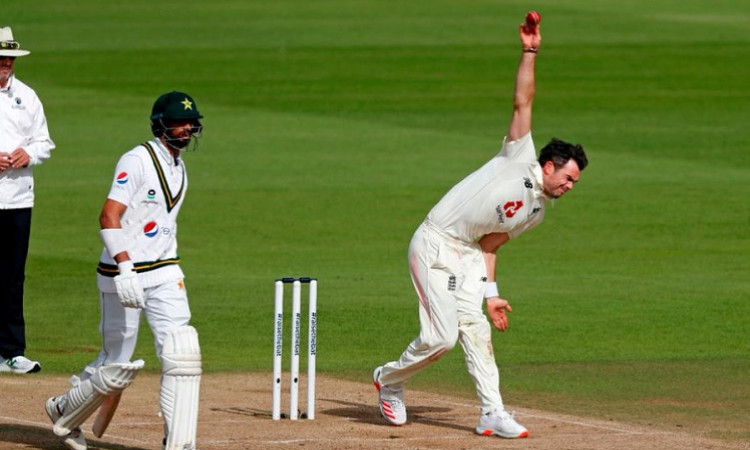 Southampton, Aug 24:  James Anderson grabbed his 599th Test wicket as England remained in the driver's seat against Pakistan who reached 100/2 following on at stumps on the rain-hit Day 4 of the third and final Test at the Ageas Bowl on Monday.

Looking to become the first pace bowler to take 600 Test wickets, Anderson trapped Abid Ali (42) in front to snare his 599th wicket before bad light forced skipper Joe Root to resort to spin, as off-spinner Dom Bess and the England captain bowled the last few overs before play was abandoned.

England asked Pakistan to follow on after the tourists managed 273 in reply to hosts' mammoth 583/8d in the first essay, riding on a maiden double century by Zak Crawley and a brilliant hundred by Jos Buttler.

At the close of play on Day 4, skipper Azhar Ali, who scored a gritty 141 in the first innings, and Babar Azam were at the crease on 29 and 4, respectively.

Openers Abid Ali and Shan Masood shared a 49-run stand before Masood was trapped in front by Stuart Broad. Anderson then sent Ali back as Pakistan remained 210 runs in arrears.