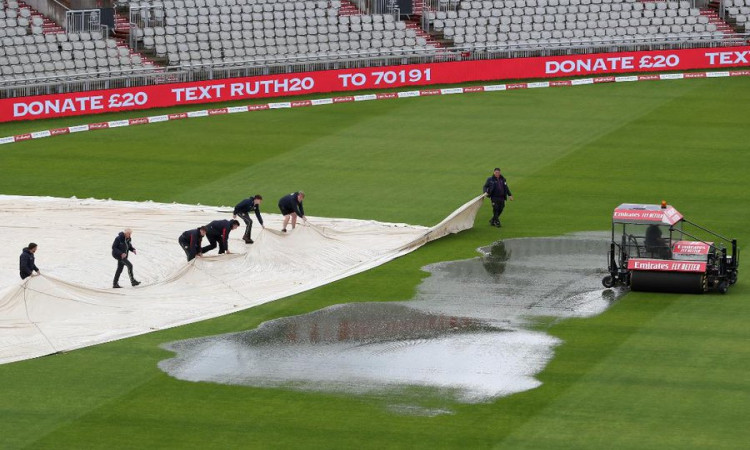 Manchester, July 27:  England and Stuart Broad were made to wait as not a single ball was bowled due to incessant rain which forced all three sessions of Day 4 of the third Test between them and West Indies to be called off at Old Trafford here on Monday.

Veteran seamer Broad is one wicket away from completing 500 wickets in the longest format of the game. England are also on the cusp of victory, a feat which will help the hosts win the series 2-1.

Broad's six-wicket haul ensured the hosts took a huge first innings lead in the third #raisethebat Test on Day 3 and then he scalped two more in the second essay to leave the visitors on the brink.

West Indies were left reeling at 10/2 at the end of third day's play, still needing 389 runs to win. Opener Kraigg Brathwaite and Shai Hope will return to the crease once rain relents at the venue.

As for Broad, he needs just one more wicket to join an exclusive club of bowlers who have scalped 500 Test wickets.

He will become the second Englishman after James Anderson to achieve the feat and seventh overall. Broad will also become the slowest (in terms of Tests) to go past this milestone.

If England end up winning the Test, they will clinch the Wisden Trophy and if the visitors somehow manage to force even a draw, they will retain the title.