London, April 21: England's white-ball series against arch-rivals Australia has reportedly been pushed back to September due to coronavirus pandemic that has gripped the entire world. So far, more than 2.4 million people have been infected by the virus while in excess of 1.7 lakh individuals have lost their lives worldwide. 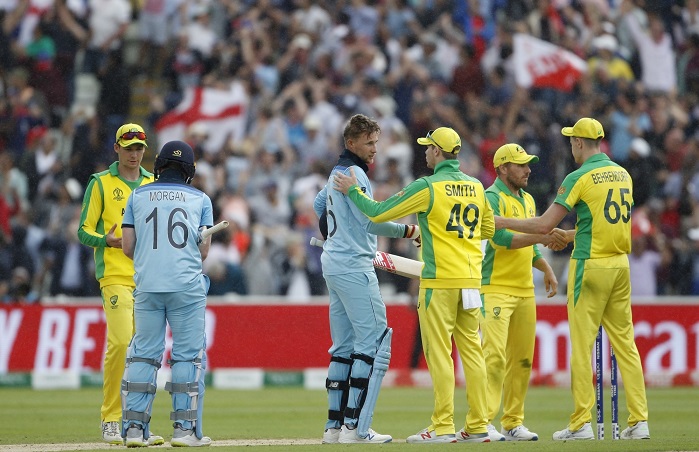 According to a report in The Daily Mail, the England and Wales Cricket Board (ECB) concluded that their white-ball series in July won't be feasible in such conditions and asked their Australian counterparts to postpone it by at least two months.


Have seen ABD score all around the park, all over IPL: Danny Morrison

England are scheduled to play thee T20Is and three ODIs against Australia from July 3-16. If the change in dates do take place, then England will lock horns against Australia straight after the series against Pakistan, which is currently schedule to end on September 2.

"ECB have put forward new dates to Cricket Australia in a bid to be able to stage those six matches in front of crowds" the report stated.

Cricket Australia (CA) are reportedly in agreement with the change in dates as both the boards look to stage the blockbuster series in front of packed stands rather than empty stadiums.

Professional cricket activities in England remain suspended till May 28 because of the novel coronavirus outbreak.