England's international male and female cricketers were involved in a Twitter spat after the team's horrific loss against India on Thursday. England was beaten by India within two days - the shortest test after World War 2, in the newly constructed Motera stadium. After the Horrific loss of Joe Root's men, England's female cricketer Alexandra Hartley jokingly took a dig which didn't go down well with some of the male cricketers.

Rory Burns, who is traveling the current test squad to India responded to Hartley's tweet but he later deleted it.

"Very disappointing attitude considering all the 'boys' do to support the women’s game," he responded. 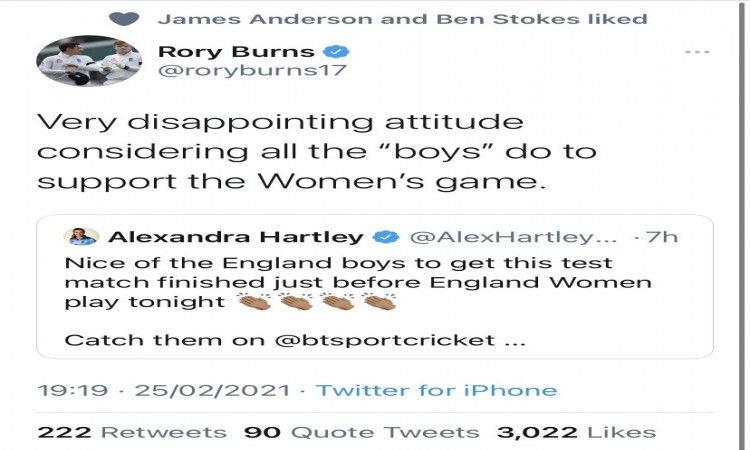 Ben Duckett, too, got involved and tweeted:

Average tweet. Don’t think any of the men’s team would have been if the women lost. https://t.co/4dgW7NMEeM

The two male cricketers have ever since getting a lot of flak from Twitter for not taking a 'joke' and been asked to get a 'thicker skin'.