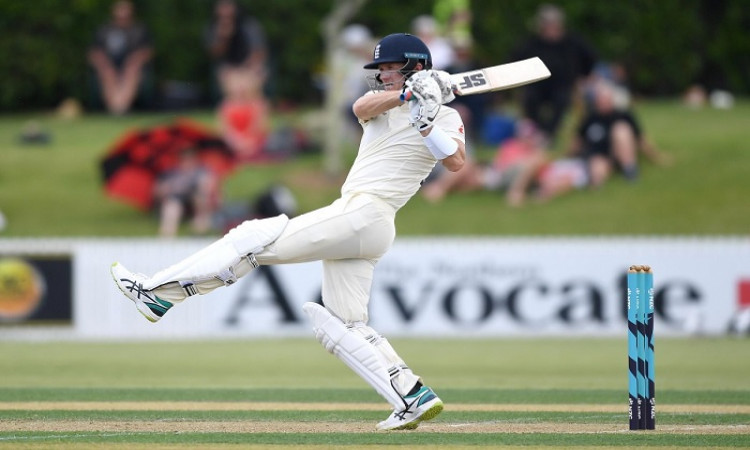 Whangarei (New Zealand), Nov 17: England batsman Joe Denly is looking forward to scoring his first Test century in the New Zealand Test series after missing out on the T20 Internationals due to injury.

"I was very disappointed when (I got injured) just before the T20 series," Denly was quoted as saying by ICC.

"When I first did it, I was probably thinking my tour was over. It was pretty nasty, a tough one to take, and it always touch and go to get ready for this game (against New Zealand A)."

Denly made a half-century on his return against New Zealand A in the warm-up game here.

"It's settled down nicely. There's no discomfort. The running between the wickets and playing all the shots feels fine. It's just a case of monitoring it and making sure it doesn't swell up," said Denly, who smashed seven fours and three sixes in his knock of 68.

Denly made his Test debut against West Indies in January this year and has already scored four fifties in eight matches for England.

The 33-year-old came close to scoring a hundred in the second innings of the final Ashes Test at the Oval in September but fell six runs short.

"It was disappointing not to get three figures, but I was dropped on nought and I could have had an lbw shout against me as well," he said. "Playing in the Ashes, being exposed to those bowlers, I've come out of it as a more confident player, and I certainly feel a lot more comfortable within this batting line-up now.

"It would be nice to get that first Test hundred on this trip. I'm feeling pretty good out in the middle."

England will play the first of the two Tests in Mount Manganui starting from November 21.