England Women To Host Windies For T20I Series In September

England Women will host West Indies in five-match T20I series at the Incora County Ground, Derby in September, the England and Wales Cricket Board (ECB) has confirmed. The series will be played behind 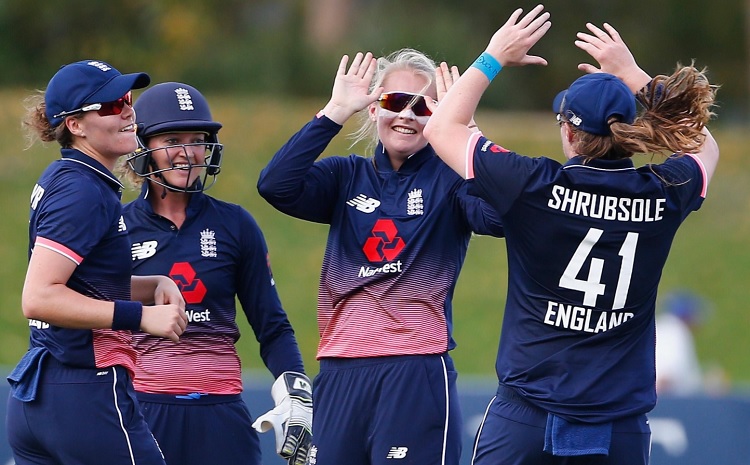 England Women will host West Indies in five-match T20I series at the Incora County Ground, Derby in September, the England and Wales Cricket Board (ECB) has confirmed.

The series will be played behind closed doors in a bio-secure environment. It will replace scheduled series against India and South Africa after both teams were unavailable to travel due to COVID-19, ECB said on Tuesday. The five T20Is will be played on September 21, 23, 26, 28 and 30.


England vs Pakistan Third Test Ends In A Draw

ECB CEO Tom Harrison said: "Protecting the momentum of the women's game was one of our four stated aims right at the beginning of the pandemic in March and I'm delighted that, despite the enormous difficulties that COVID-19 has created, we'll see England Women in action this summer."

"It has been critical to us that our efforts to deliver bio-secure standards and support visiting opponents have been equal to those that have so successfully delivered in the England Men's series. We are immensely grateful to the team at Derby who have supported this ambition throughout the summer with testing and now delivery.

"There were 86,000 fans in attendance at the ICC Women's T20 World Cup final in March and the direction of travel in the women's game in England and Wales has been relentlessly positive over the last few years. That momentum must continue despite the challenges of COVID-19, and we do not underestimate our role in driving that agenda," he added.

ECB Managing Director of Women's Cricket Clare Connor said: "It's so pleasing after many months of work and communication with colleagues across the international game that we are now able to confirm international cricket for England Women this summer.

"We're grateful to the West Indies for the pace and determination with which they have worked with us over the last couple of weeks.

England currently have 24 players in their training group, all 24 will be available for the first two rounds of Rachael Heyhoe Flint fixtures on August 29 and August 31. The squad will be reduced ahead of the series itself, leaving those not selected to return to their regional teams for the final round of Rachael Heyhoe Flint Trophy and the final.