England vs Pakistan Third Test Ends In A Draw

Southampton - James Anderson's record-breaking 600th wicket and a first Test series win at home against Pakistan since 2010 were among the positives for England in a rain-stricken final day of the third Test between the two sides that ended in a draw. 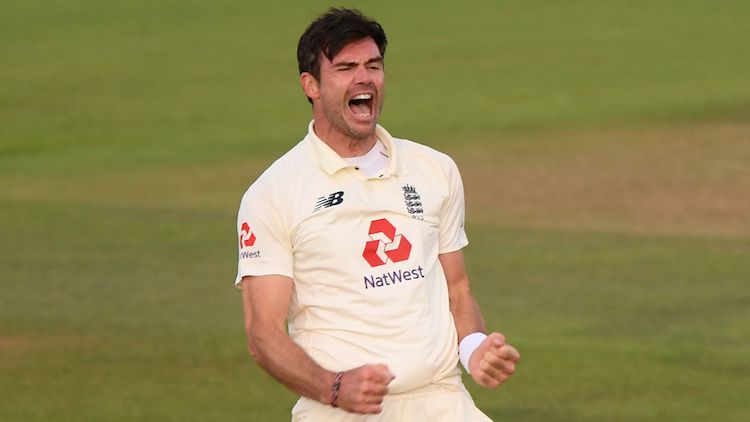 Babar Azam scored an unbeaten 63 as the match ambled on to a stalemate towards the end of the day after Anderson achieved his milestone. The 38-year-old became the first fast bowler and the fourth bowler overall to take 600 wickets in Test cricket after he dismissed Pakistan captain Azhar Ali.

He was, however, stranded on 599 wickets for much of the day.

Azhar, who had scored an unbeaten 141 in Pakistan's first innings, was surprised by the bounce that Anderson generated as the ball ended up deflecting off the shoulder of his bat to England captain Joe Root at the lone slip position.

Root pocketed the ball despite it coming at a good pace at him. The only other wicket to fall after that went to Root, who managed to get a nick off Asad Shafiq and got him caught at bat pad.

Pakistan were on 187/4 when the players shook hands. Anderson walked off to warm applause from his team mates and opponents. The first two sessions of the day were washed out and it looked like Anderson might just be denied a chance to reach the milestone for much of it.

However, the umpires decided that there was scope to play a few overs towards the end of the day. With the series already won and there being no chance for Pakistan to secure a win from this game, England clearly were more intent on getting Anderson to his milestone than anything else.

England had won a thriller of a first Test by three wickets while both the second and the third have ended in draws.