England will play New Zealand in the 2nd of the two-test match series from June 10. The series is currently tied. 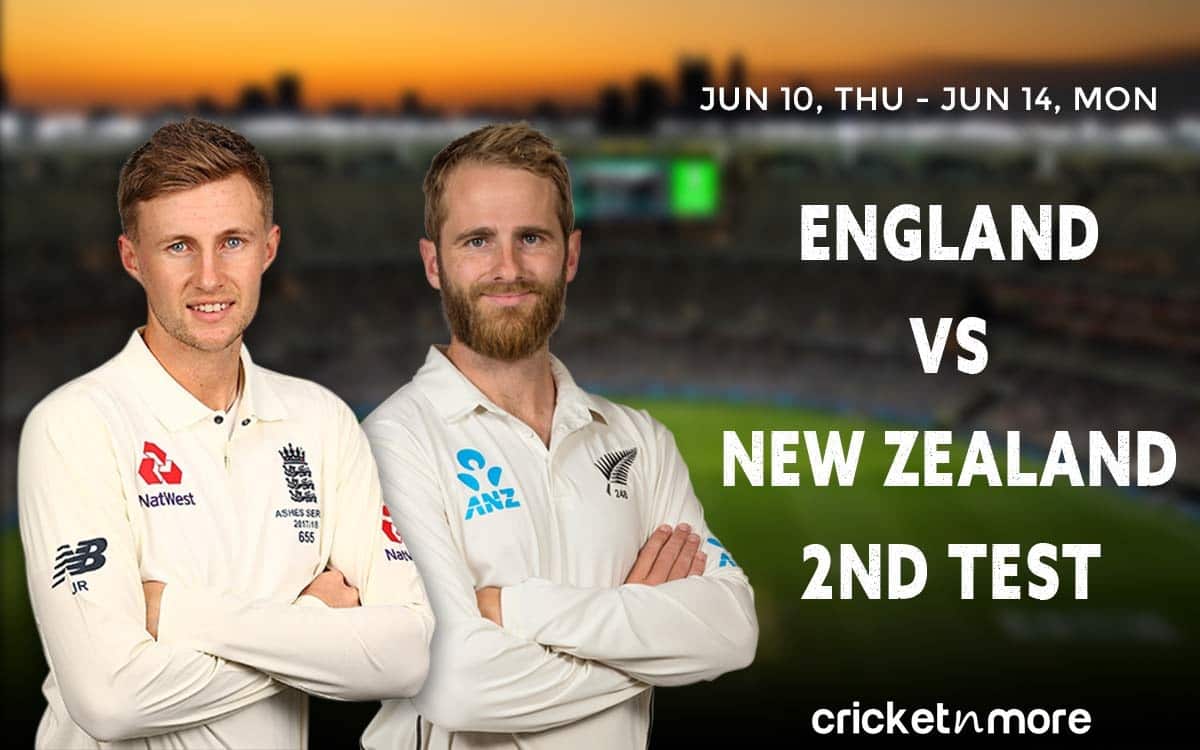 England's batters had an average outing in the 1st Test. Although Rory Burns scored a brilliant century, the rest of the batters couldn't do much. Joe Root and Ollie Pope will be key in the middle order for England to pile up a strong total.

England's bowling was led by debutant Ollie Robinson in the first test but he won't be available in the next match which might mean Jack Leach or Craig Overton could get into the playing XI. There is a chance for Leach to play since England did miss the services of a specialist spinner in the previous test.

New Zealand's batting too had the benefit of a one-man show - Devon Conway, who scored a double ton on debut. All eyes will be on Tom Latham and Ross Taylor to guide the team as Kane Williamson won't be available. Will Young will be replacing Williamson in the playing XI. Henry Nicholls will play a key role in New Zealand's middle-order.

Kiwis will be delighted to welcome Trent Boult back to the playing XI likely in place of Neil Wagner since the Black Caps coach confirmed there will be at least one change in fast bowlers from the 1st test. Since Mitchell Santer won't be a part of the 2nd test, there is a chance of Ajaz Patel coming into the side.

New Zealand dominated England in the first test and could have won the game if the third day wouldn't have washed out. England is looking a bit weak in batting which means it will be another good opportunity for New Zealand to win a test match.