After a long break due to COVID, International Cricket will return to India in February 2021 when India will play host to England. The England cricket team will tour India during February and March 2021 to play four Test matches, three One Day International (ODI) and five Twenty20 International (T20I) matches. 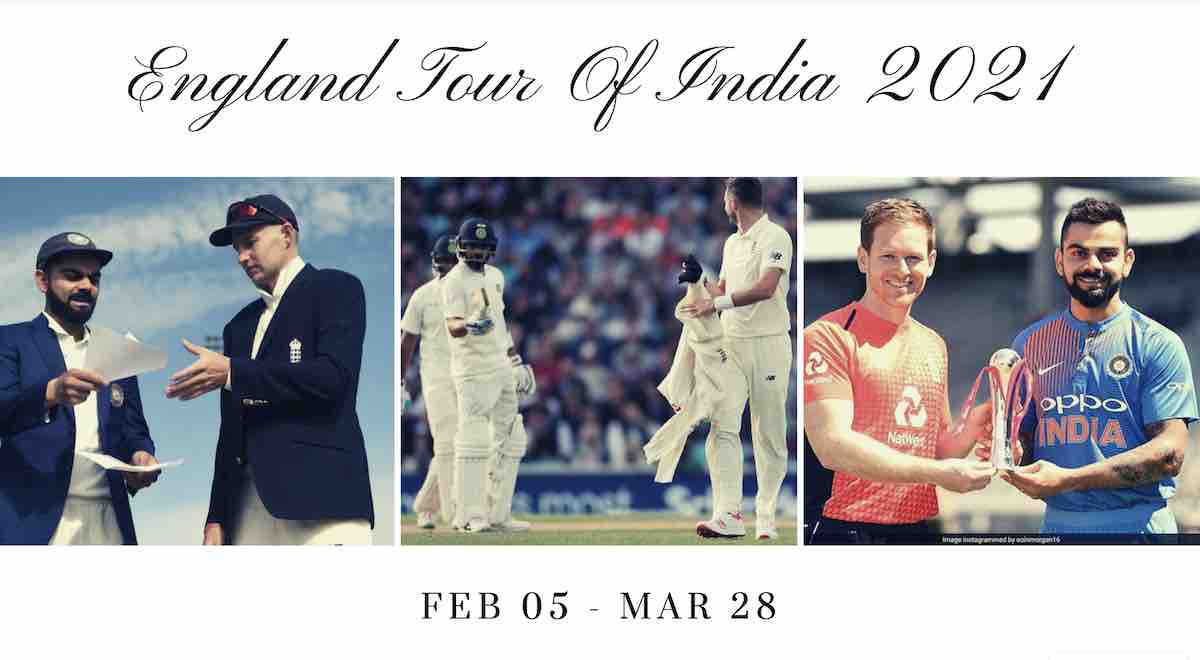 England & India face-off each other in the four test match series starting from 5th February. The Test matches will form part of the inaugural 2019–21 ICC World Test Championship. Chennai will host the first two tests, followed by the next two tests in Ahmedabad. The third test of the series will be a day and night test to be played at Sardar Patel Stadium in Ahmedabad.


AUS vs IND: 'They Are About To Play Their Fourth Test Back To Back', Tim Paine Praised The Aussie Pacers