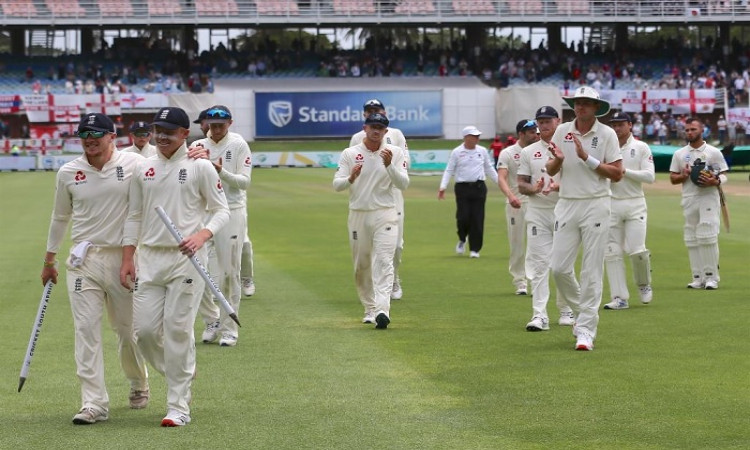 Port Elizabeth, Jan 20:  Skipper Joe Root may have failed to deliver with the bat but the 29-year-old starred with the leather to bundle out hosts South Africa for 237 runs and help England register an impressive win by an innings and 53 runs. The victory also helped the visitors take a 2-1 lead in the four-match Test series.

After managing just 209 runs in their first essay, the hosts failed to draw any lessons as after being asked to follow-on, they once again crumbled against the England bowlers and were eventually bowled out for 237 runs.

While Root grabbed four wickets, Mark Wood supported his skipper by scalping three wickets for 32 runs while Stuart Broad and Dominic Bess picked up a wicket each.

Earlier opting to bat, England recovered from an early jolt as Ollie Pope (120) and Ben Stokes (135) slammed tons each to enable England to post 499/9 (declared) even as spinner Keshav Maharaj came up with a fifer.

Though Maharaj picked up five wickets but he turned out to be a bit expensive, leaking 180 runs.

The visitors later came out all guns blazing to outclass South Africa in both of their innings.