Mount Maunganui , Nov 22: England took control of the ongoing first Test against New Zealand after keeping the hosts to 144/4 in their first innings at the Bay Oval on Friday. 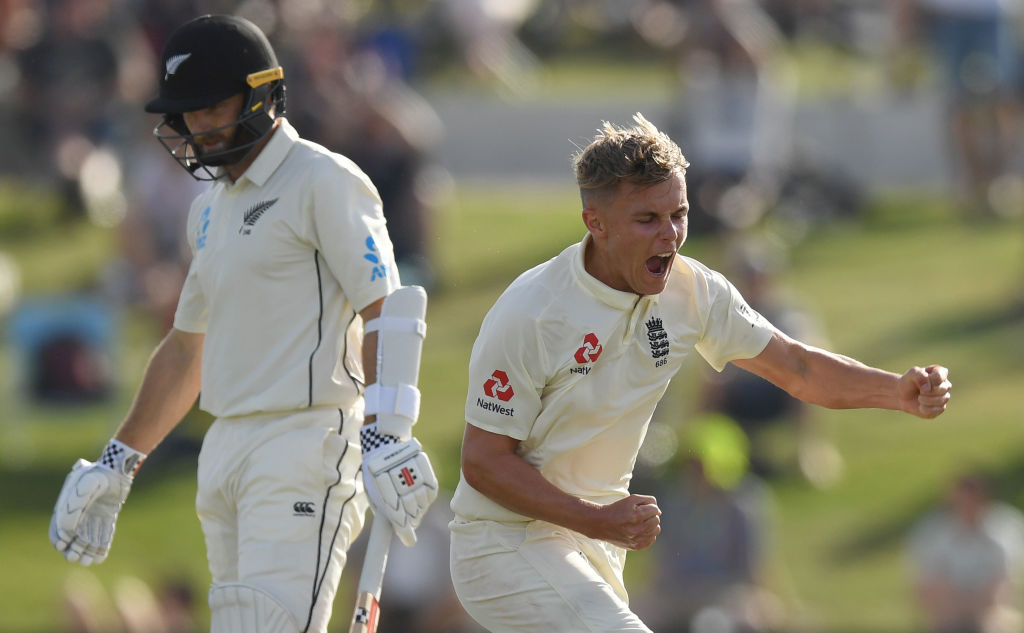 At Stumps on Day 2, New Zealand were still trailing by 209 runs in reply to England's first innings score of 353.

Earlier, the visitors started the day at 241/4 and their batting tipped a little sideways in the morning session after overnight batsman Ben Stokes fell for 91. Ollie Pope also didn't last long at the crease and got out after adding 11 runs to his overnight score of 18.

However, a patient 43 from wicketkeeper-batsman Jos Buttler and a plucky 18 from Jack Leach took the total past 350.

The Black Caps didn't have a great start as they lost opener Tom Latham (8) in the eighth over bowled by Sam Curran. Latham's partner Jeet Raval also couldn't stay long at the crease as Leach tempted him to play a false stroke and he was dismissed after contributing 19 runs to the team's total.

Skipper Kane Williamson then took the mantle in his hands and alongside experienced Ross Taylor, took New Zealand's total past 100 run-mark. Both looked comfortable at the crease until Stokes stepped up again, probably for the umpteenth time this year and got Taylor caught at deep mid-wicket off a short ball.

Seven overs later, Curran produced a moment of magic to dismiss Williamson at his individual score of 51.

Henry Nicholls, who came in next, was troubled with a lot of short stuff by Jofra Archer. Archer even struck him on the back of the helmet but Nicholls displayed determined courage and made sure the hosts ended the day without further damage.

At the end of the day's play, Nicholls remained unbeaten on 26 and batting alongside him was BJ Watling on 6.