AUG 12, NEW DELHI: England have called up uncapped fast bowler Ollie Robinson as replacement for all-rounder Ben Stokes in the 14-man squad for their upcoming second Test against Pakistan. The match starts on Thursday with England leading the three-match series 1-0. 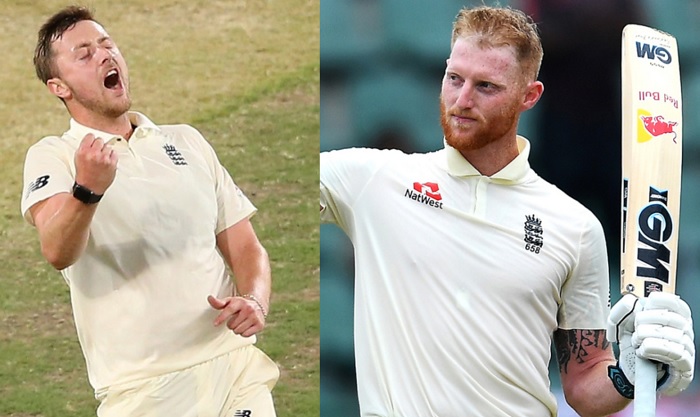 "Sussex seamer Ollie Robinson is added to the squad for the first time replacing Durham all-rounder Ben Stokes, who left the biosecure bubble after the first Test for family reasons," the England and Wales Cricket Board (ECB) said in its statement on Wednesday.


You are a fighter and you will overcome this too: Yuvraj to Sanjay Dutt

The ECB however did not reveal who will be vice-captain of the team in place of Stokes. Additionally, the rest of the squad remains unchanged from the first Test.

Stokes will fly out to New Zealand and will therefore miss England's final two Tests against Pakistan at the Ageas Bowl starting August 13 and August 21. England had earlier dramatically won the first Test on Saturday to go 1-0 up in the three-match series.

Video: When Virat Kohli Played Down A Pitch Debate After…

England Coach And Captain Root To 'Discuss' Whether To Make…

Pollard's Trinidad And Tobago To Face Guyana Jaguars In The…

Chris Gayle Back In The West Indies T20 Squad For…