A dramatic batting collapse, including loss of four wickets for three runs, saw Australia suffer a 24-run defeat against England at the Old Trafford to leave the ongoing three-match ODI series poised at 1-1. 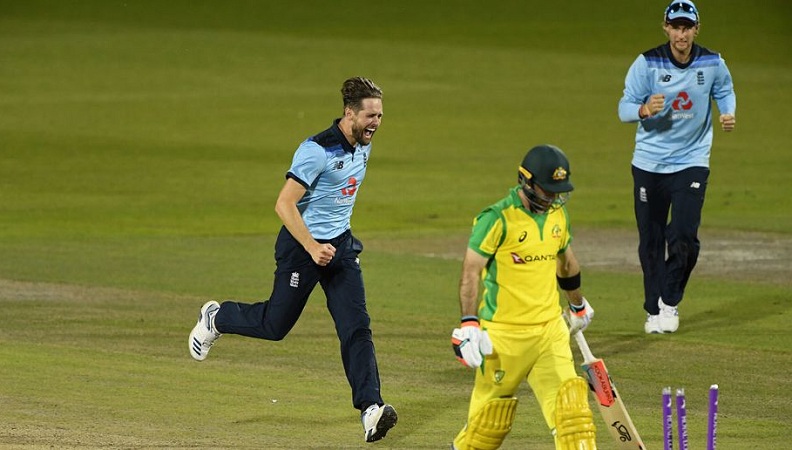 Chasing what was a tricky target of 232, the visitors bundled out for 207 in the 49th over with the result meaning that England have extended their lead at the top of the ongoing ICC World Cup Super League, as well as setting up a winner-takes-all encounter for the third ODI at the same venue on Wednesday.

Electing to bat, England found themselves quickly in trouble, with their openers, Jonny Bairstow and Jason Roy, returning to the dressing room within the first seven overs.

Joe Root and Eoin Morgan fought back, but just as things looked to be back on track for the hosts, leg-spinner Adam Zampa was brought on and with his third ball, had Root caught at slip at 39.

The hosts then lost a flurry of wickets and found themselves wanting at 149/8. However, Tom Curran and Adil Rashid then mounted a fightback as they added 76 runs before Curran was dismissed for 37 with two balls left in the innings, while Rashid ended with an unbeaten 35* from only 26 deliveries as England ended their innings on 231/9 in their allotted 50 overs.

Australia didn't have a great start as they lost quickly David Warner and Marcus Stoinis to Jofra Archer who bowled with hostility in his opening burst. However, Aaron Finch and Marnus Labuschagne held firm and took advantage once Archer was taken off and shared a 107-run stand.

Just when the visitors looked to be moving towards a comfortable victory, needing 89 runs from the last 20, they saw a dramatic collapse. Chris Woakes and Archer removed Labuschagne, Mitchell Marsh, Finch and Glenn Maxwell in a 21-ball spell to turn the game on its head.

Pat Cummins and Alex Carey did stop the rot, but Sam Curran removed Cummins and Mitchell Starc with consecutive deliveries to put England firmly in charge and the hosts finally sealed the victory in the second-last over of the game.