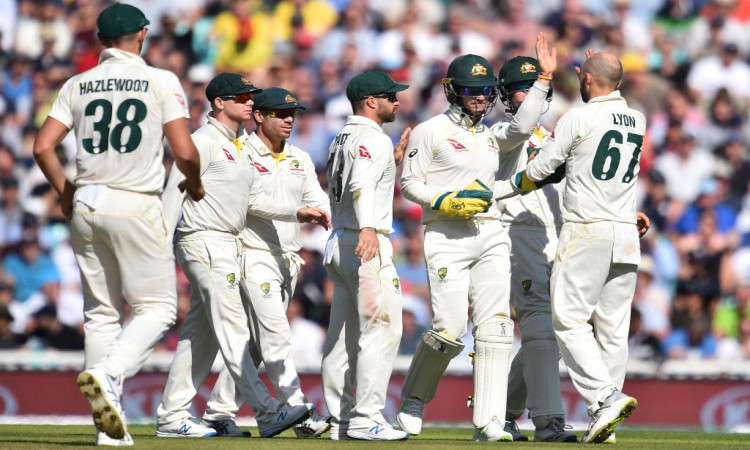 London, Sep 14: Captain Joe Root was dismissed just before lunch to give Australia a boost but hosts England still hold a slender edge with their lead extending to 157 runs on Day 3 of the final Ashes Test at The Oval on Saturday.

In what was another session of graft for the batsmen, Root looked solid with opener Joe Denly as they shared a 33-run stand for the second wicket. However, the England skipper fell just two overs before the end of the first session as he edged Nathan Lyon to Steve Smith at slips.

England were buoyed by a 54-run opening stand between Denly and Rory Burns before Root came to the crease. Burns faced 48 balls and scored 20 runs before edging a short and wide delivery from Nathan Lyon to Tim Paine behind the wickets.

Denly will now have Ben Stokes at the other end when the second session starts. England will now be looking to increase their rate of scoring and thus get Australia to bat in the latter part of the day as they try to avoid a first series defeat at home to their Ashes rivals since 2001.