Dom Sibley and Jos Buttler anchored a run chase after a jittery start as England beat Sri Lanka by six wickets Monday in the second Test to sweep the series 2-0. Sibley and Buttler put on an unbeaten 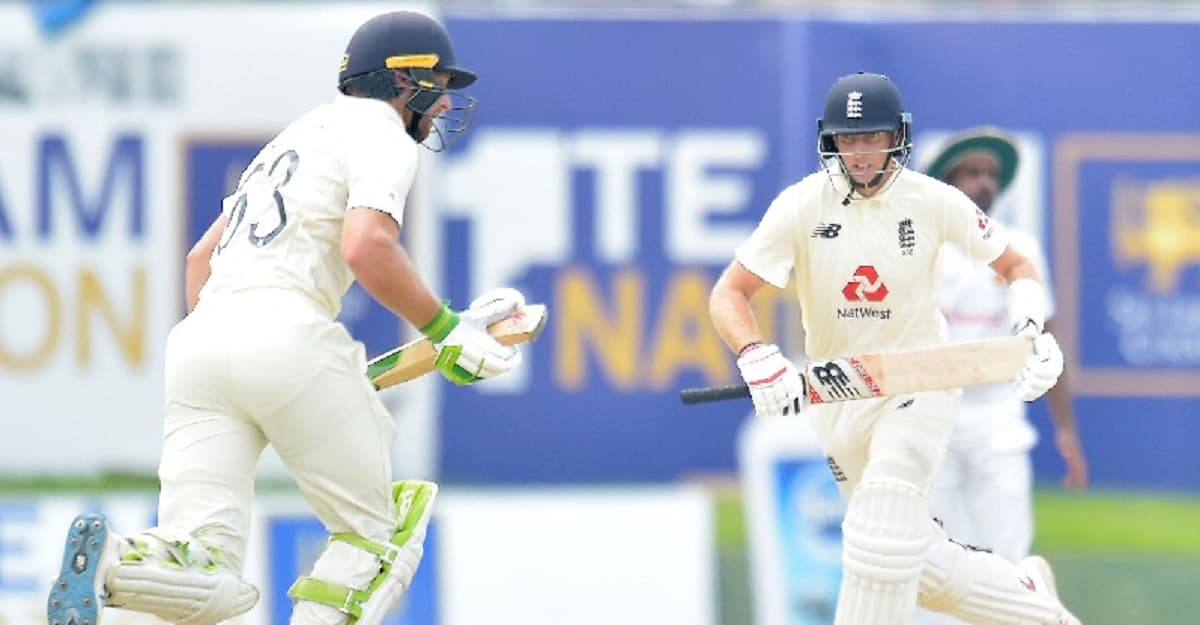 Dom Sibley and Jos Buttler anchored a run chase after a jittery start as England beat Sri Lanka by six wickets Monday in the second Test to sweep the series 2-0.

Sibley and Buttler put on an unbeaten 75-run stand as England, who were struggling at 89-4, got to their target of 164 in an extended final session on the fourth day in Galle.


A Look At The World Test Championship Rating After England-Sri Lanka Test Series, India At Top

The result gave England a second successive Test whitewash in Sri Lanka after winning all three matches in the island nation in 2018.

"Really proud of how calm we were," skipper Joe Root said after being named man of the man and series for knocks of 228 and 186 in the first and second Test respectively.

"Credit to the bowlers for putting Sri Lanka under pressure. We are on an upward curve as a team and looking to get better."

England were given a deadline to finish after spinners Jack Leach and Dom Bess skittled out Sri Lanka for 126 in their second innings.

Debutant spinner Ramesh Mendis got the key wicket of skipper Joe Root, who scored 11 after his second successive ton in England's first innings total of 344, to add to the scare given to the tourists.

Embuldeniya took Zak Crawley for 13 and then ended Jonny Bairstow's stay after a quickfire 29, putting England's nerves on edge, but Sibley calmly moved to his third Test half-century.

Leach and Bess took four wickets each to set up England's win.

The hosts started their second innings early in the day with a lead of 37 but it all came to an end in the afternoon session.