A 36-ball 64 by Jason Roy and a four-wicket haul by Adil Rashid propelled England to a series-winning three-wicket victory over Pakistan in the third and final T20 International at Old Trafford. 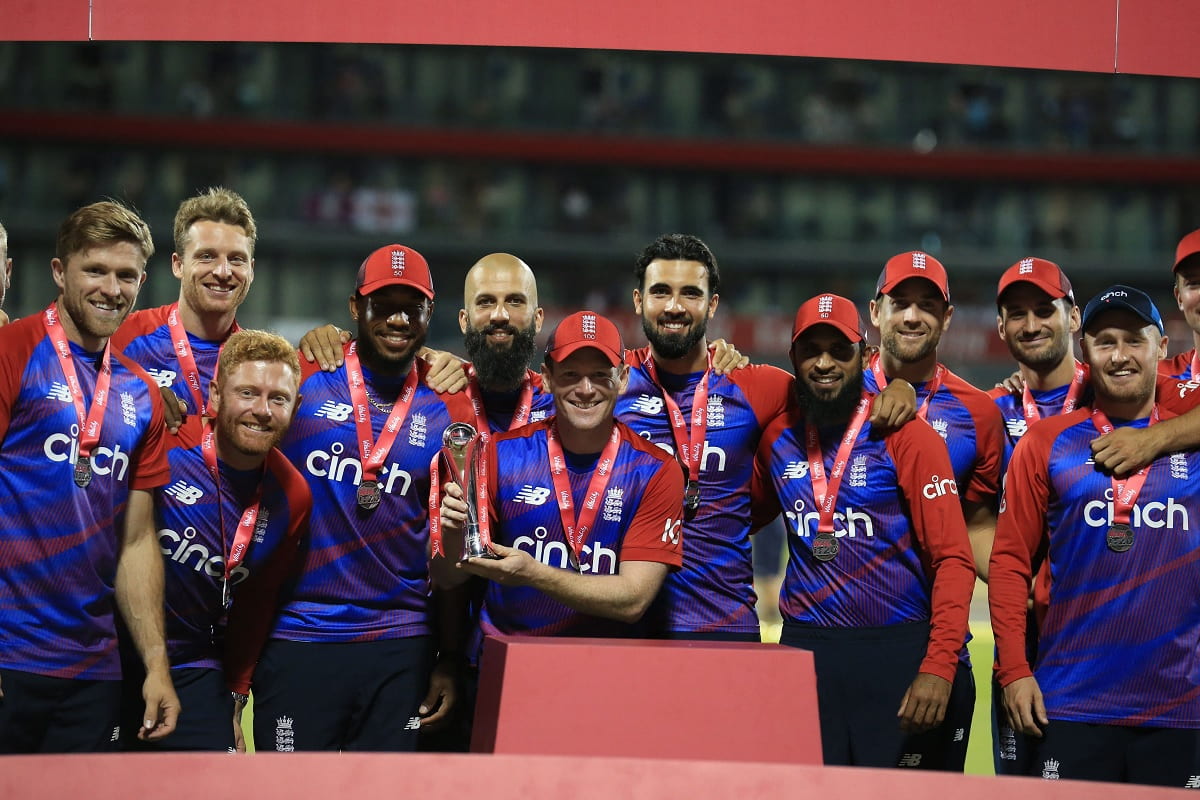 England followed up their 3-0 victory over the visitors in the One-day Internationals with a 2-1 series win on Tuesday night. The Pakistan team will now fly to the Caribbean for a limited-overs and Test tour.

England had squared the series with victory at Headingley on July 18, setting up a winner-takes-all encounter in Manchester in the final match of Pakistan's limited-overs tour.

Skipper Eoin Morgan had his spinners and opening batsman Jason Roy to thank for the win, with Adil Rashid and Moeen Ali the pick of the bowlers.

Pakistan won the toss and opted to bat first but the arrival of England's spinners into the attack restricted the tourists' run flow.

Rashid removed captain Babar Azam for 11 with only his second ball, leaving Pakistan 42/1 in the final over of the powerplay. And the leg-spinner picked up two more wickets in his second over, taking the scalps of both Sohaib Maqsood (13) and Mohammad Hafeez (1).

The 33-year-old finished with career-best T20I figures of 4/35 from his four overs. Moeen too bowled near-flawless deliveries conceding just 19 runs in his four overs, with Pakistan failing to hit the 34-year-old off-spinner for a single boundary.

In the end, it was Pakistan opener Mohammad Rizwan who did the bulk of the scoring and guiding the team to 154/6 from the 20 overs, finishing on an unbeaten 76 off 57 balls.

For England, it looked like an easy run chase as Roy got the home side ahead of run-rate with a blistering 36-ball 64.

But some lacklustre batting by fellow opener Jos Buttler and Jonny Bairstow put the pressure on the hosts. Captain Morgan found a bit of timely form, smashing two sixes in a quick-fire 21 to put England on the brink of victory.

The series victory ensures England remain at the top of the ICC Men's T20I rankings, while Pakistan stay fourth.