England beat New Zealand in 5th T20I in Super Over 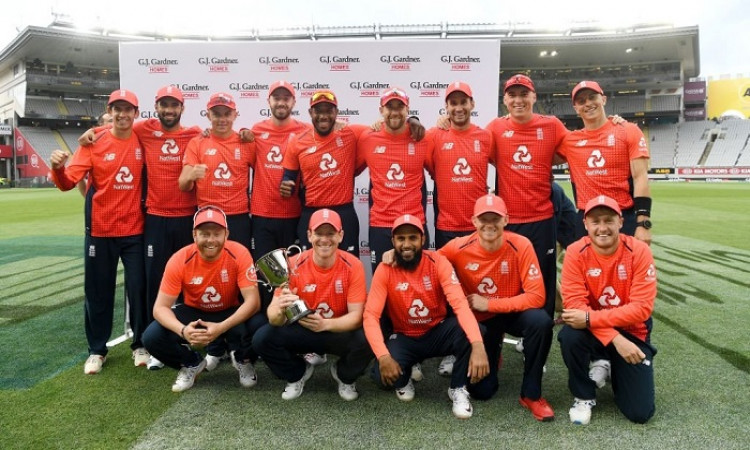 Auckland, Nov 10:  England on Sunday won the the 5th T20I against New Zealand in Super Over in what turned out to be a thriller of a decider in Auckland to clinch the five-match series 3-2.

New Zealand opted to bat first in the match which was reduced 11 overs a side due to rain. Openers Martin Guptill and Colin Munro helped the host race to 83/0 in just over five overs before the former was dismissed for 50 off 20 balls. New Zealand eventually ended up posting an imposing total of 146/5.

However, England managed to match that largely thanks to the efforts of Jonny Bairstow, Eoin Morgan and Sam Curran. While it looked like New Zealand had managed to reign in the visitors with Mitchel Santner taking two wickets in the eighth over, Tom Curran, Sam Billings and Chris Jordan somehow pulled England level with Jordan hitting a four off the last ball to tie the game.

New Zealand could manage just eight runs in the over after losing the wicket of Seifert.