Manchester, July 3:  England all-rounder Sam Curran has put himself under self isolation at his room at the Ageas Bowl after falling ill on Wednesday night, the England and Wales Cricket Board (ECB) has informed. 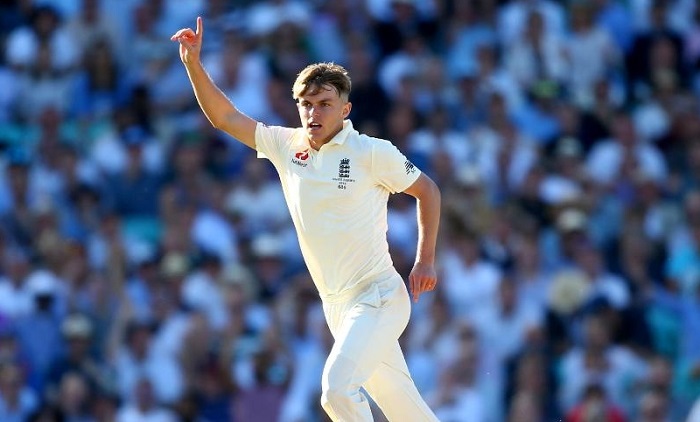 Curran, who is part of Jos Buttler's team in the ongoing England's intra-squad warm-up match, will play no further part in the game.

The left-armer featured on Day 1 of the warm-up game, scoring an unbeaten 15 for his side. However, he suffered sickness and diarrhoea the same night.

"England all-rounder Sam Curran has had sickness and diarrhoea overnight. He is feeling better this afternoon, and has been self-isolating in his room at the Ageas Bowl," ECB said in a statement on Thursday.

"He has been monitored by the team doctor throughout and was tested for COVID-19 earlier today," the board added.

Since June 23, a 30-member England training group has been at the Ageas Bowl, preparing for the three-match Test series against West Indies which will be played in a bio-secure environment.

The first Test is set to begin on July 8 at the same venue. Regular captain Joe Root, who is awaiting the birth of his child, recently left the group and will miss the first Test and in his absence, Ben Stokes will lead the side.