Eng vs WI: Michael Holding breaks down while discussing racism 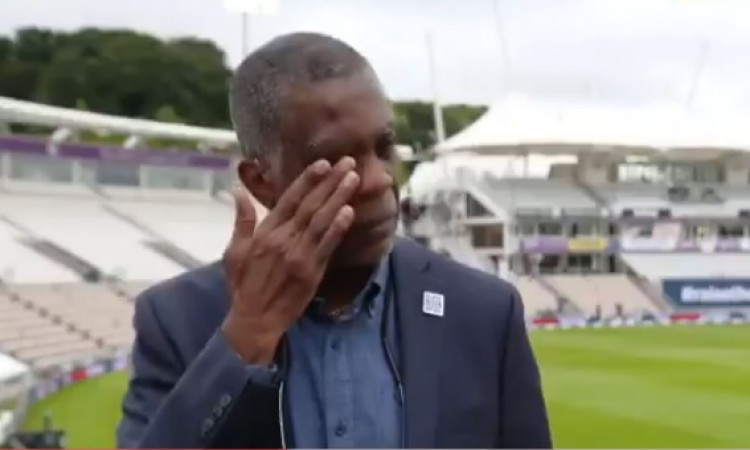 Southampton, July 10: Legendary West Indies pacer Michael Holding was recently reduced to tears while discussing the racism his parents faced in the past.

On the second day of the ongoing first Test between England and the West Indies, Holding -- in an interview with Sky News' Mark Austin -- said he was thinking about his parents when he became emotional on TV.

"To be honest, that emotional part came when I started thinking of my parents. And it's coming again now," Holding said.

Taking a little pause, the 66-year-old continued: "Mark, I know what my parents went through.

"My mother's family stopped talking to her because her husband was too dark.

"I know what they went through, and that came back to me immediately," he added while wiping tears from his eyes.

Austin then asked Holding: "It may be the moment that things change?"

"Well, it's going to be a slow process, but I hope. Even if it's a baby step at a time. Even a snail's pace. But I'm hoping it will continue in the right direction. Even at a snail's pace, I don't care," Holding replied.

On Wednesday, Holding had said he had attended 'Black Lives Matter' protests and had referred to the case of Amy Cooper, who called police after arguing with a black man in New York's Central Park. He had also made an impassioned plea for society to change.

Cricket became the latest sport to voice their outrage regarding racism. The England players joined their West Indian counterparts in taking a knee before the start of the Southampton Test and both teams also wore a BLM emblem on their respective jerseys to put forward a stong message.