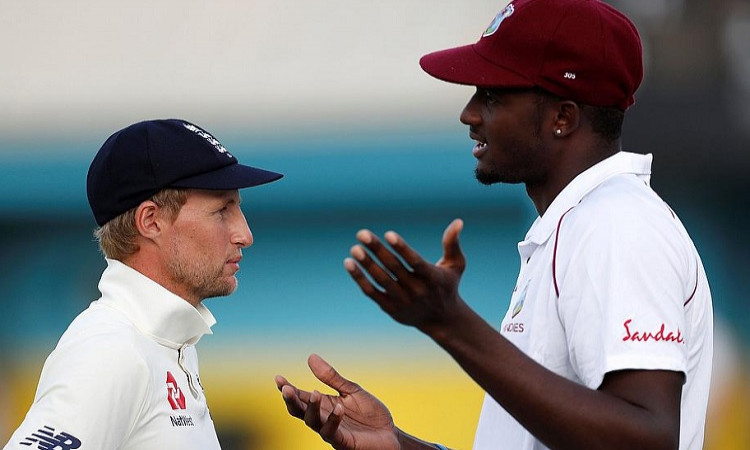 Manchester, July 15:  England will look at their talismanic captain Joe Root for motivation when they take on West Indies in the second Test of #raisethebat series at Old Trafford in Manchester starting Thursday.

Root saw his team suffer a four-wicket defeat in the first Test from home as he had left the bio-secure bubble in Southampton to be with his wife in Sheffield for the birth of their second child.

Root is expected to return in place of Joe Denly, who was dismissed for low scores in both the innings in the first Test. Zak Crawley's 76 in the second innings might just be enough for him to play the final two matches in the series.

Wicket-keeper batsman Jos Buttler didn't do any favours to himself by scoring just 35 and 9 in two innings. Also, his dropped catch of Jermaine Blackwood proved to be costly as the batsman scored a masterful 95 to help Windies secure a famous win.

Head coach Chris Silverwood, meanwhile, threw his weight behind Buttler before the second Test so it remains unlikely that back-up stumper Ben Foakes will be needed for this clash.

"I'm not going to go down the road of putting Jos under pressure because I don't think that will help him,' Silverwood was quoted as saying by ESPNcricinfo.

"First and foremost we want to give him the best chance to succeed but, yes, we have a very good gloveman here in Ben Foakes," he added.

The other big decision for England to make will be in their bowling department. Veteran pacer Stuart Broad was left out of the first Test and let his feelings known on national TV. Mark Wood, who picked up two wickets in two innings in Southampton, might make way for Broad in this Test.

"I think Stuart handled himself very well during that interview, to be honest," Silverwood said.

"What I did love about it, and subsequently the conversations I've had with him, is that passion. That drive is still there and to see that in someone who's done as much in the game as he has, I find very exciting to be honest.

"And Stuart still has a big role to play within this team. I've made that very clear to him."

As for West Indies, they will be riding high after their convincing win in the series opener. Skipper Jason Holder had referred to the victory as one of their best ever bit if the visitors manage to eke out a positive result in the second Test, that would surely trump it as West Indies needed a draw in the series to retain the Wisden Trophy.

Holder issued a rallying cry ahead of the the second Test and also highlighted his own personal ambition going into the mouth-watering clash in Manchester.

"Taking six wickets in the first innings fulfilled a personal ambition for me because I have always wanted to take a five-for in England and dreamt about getting on the Lord's honours board in this series," Holder wrote in his column for Daily Mail.

"That's not to be but my next big aim is to make a hundred in England," the captain added.