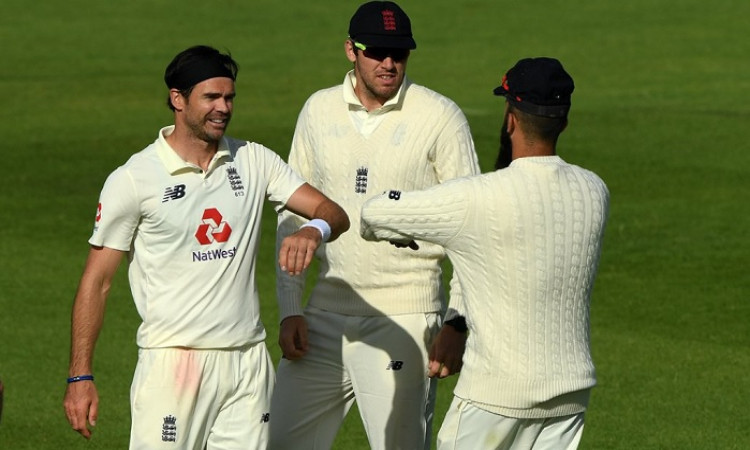 London, July 2:  Sedate elbow dabs have made their way to cricket, as was seen during England's internal practice game ahead of their first Test against the West Indies. The England and Wales Cricket Board (ECB) recently tweeted a video of veteran fast bowler James Anderson dismissing Joe Denly and followed that up with elbow dabs.

There were a few high-fives as well in the huddle after the wicket fell. However, the celebrations were muted compared to what is usually seen in cricket but it is to be noted that this was only a practice game and the scenes could be different during the matches later in the month.

The match was played between teams led by Ben Stokes, who will lead the national team in the absence of Joe Root in the first Test, and Jos Buttler, who will be Stokes' deputy.

The first Test starts on July 8 at the Rose Bowl in Southampton. The series is being played within a bio-secure environment with movements to and from the environment strictly regulated. The matches will also be played in accordance to the provisional rules put in place by the International Cricket Council (ICC) for the resumption of cricket amid the coronavirus pandemic.

This means that the matches will be played behind closed-doors and saliva would not be allowed to be used for shining the ball.

Cricket is back and @jimmy9 is taking wickets!