Manchester, July 16: West Indies captain Jason Holder on Thursday won the toss and elected to bowl against England in the second Test of the ongoing three-match series at the Old Trafford. 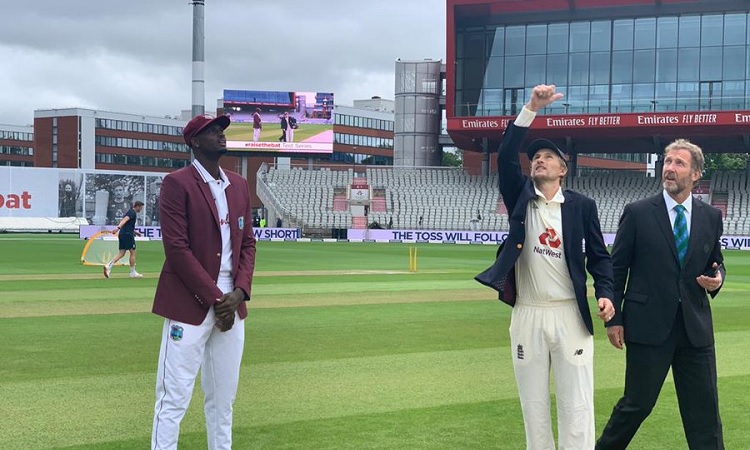 "We're going to try to make use of the overhead conditions," said Holder. "It looks a little bit drier than the last game. We've gone with the same team. The bowlers have pulled up well."

For England, pacer Jofra Archer has been excluded from the side after he breached their bio-secure protocols.

"Enough's been said (on the Jofra Archer situation)," said England skipper Joe Root. "With both (Mark Wood and James Anderson) having come back from two very serious injuries, it seemed very high-risk to play them in this game.

"We're blessed with some fantastic players waiting in the wings. We've definitely got an attack that can take 20 wickets. It was a difficult one at the toss, it looked a good wicket. It feels a little bit softer than usual but very much looking forward to getting out there," he added.

West Indies have a 1-0 lead in the series following their four-wicket win in the first Test played at the Ageas Bowl in Southampton,