Southampton, July 10:  Riding on an unbeaten partnership between Roston Chase and Shane Dowrich, West Indies went past England's first innings total in the second session of the third day of the first #raisethebat Test series at Ageas Bowl in Southampton on Friday. 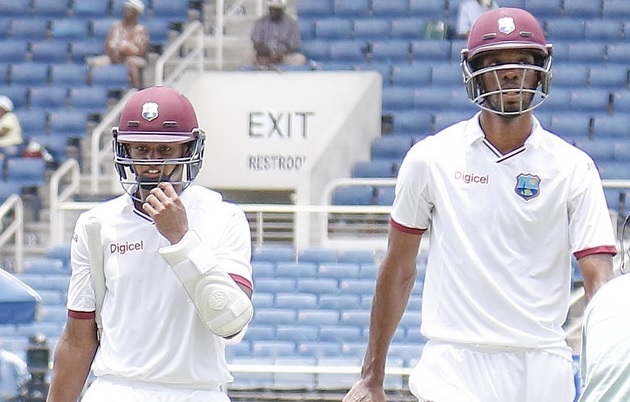 Resuming the innings at 159/3 after Lunch, the visitors suffered an early blow as James Anderson got rid of Shamarh Brooks for 39.

The batsman went for the review but replays showed that he had indeed edged the ball into the hands of wicket-keeper Jos Buttler.

Chase, along with Jermaine Blackwood hit a few boundaries to release the pressure a bit. But Bess was having none of it as he picked his second wicket of the innings in Blackwood for 12, who hit the ball high in the air and was caught by Anderson at mid-off.

That is when wicket-keeper-batsman Dowrich joined Chase in the middle and they overhauled the England's total with ease.

The hosts' bowlers toiled hard but couldn't force a breakthrough as the duo put together an unbeaten 49-run stand till Tea and helped the visitors take a slender 31-run lead at the end of second session.

England will take heart from the fact that the second new ball will be available after the break and they could opt for it straightaway before this partnership creates further trouble for them.