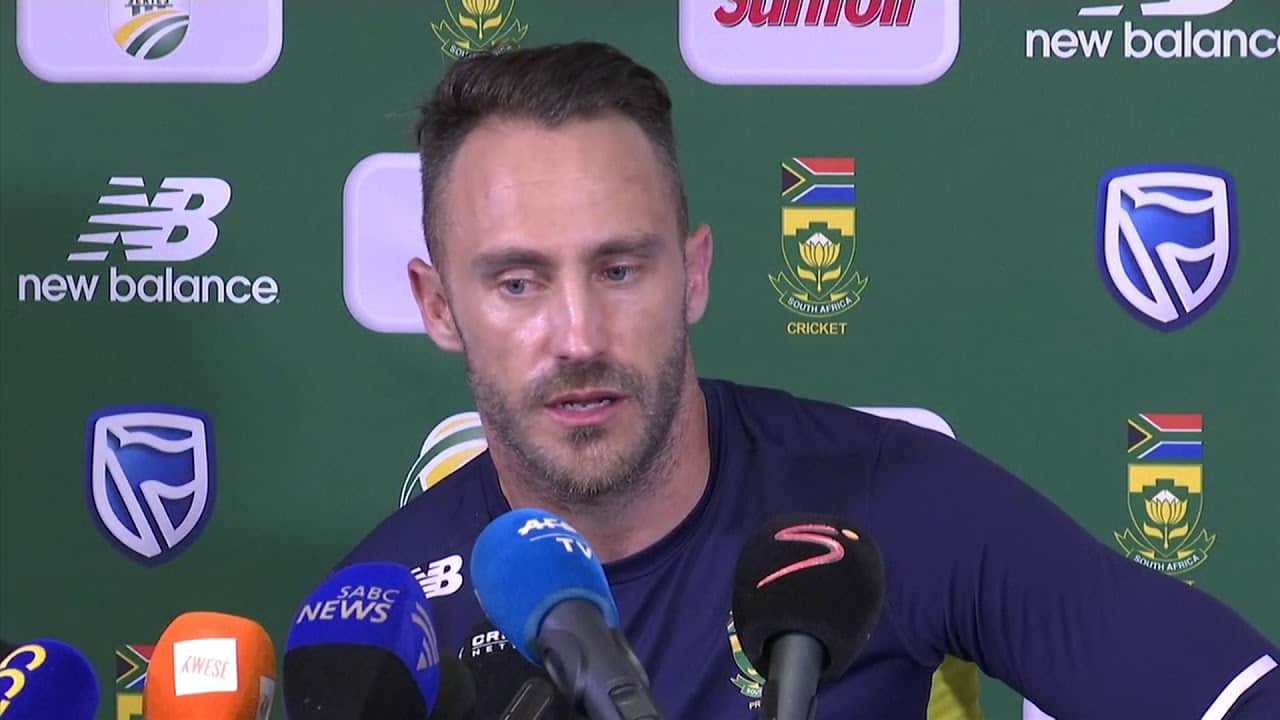 Along with du Plessis, Kagiso Rabada, Pite van Biljon, Bjorn Fortuin and Reeza Hendricks have also been released from the squad.

"The following players have been released from the squad to either join their franchise teams who continue playing in the CSA Four-Day Domestic Series or for rest and/or recuperation; Faf du Plessis (rest), Kagiso Rabada (injury rehabilitation, recuperation and rest), Pite van Biljon, Bjorn Fortuin and Reeza Hendricks (all to return to 4-Day Domestic Series)," CSA said in a statement.

du Plessis played all the three T20Is for the Proteas which they lost to England. He scored 121 runs, with his highest score being 58 which came in the first T20I on November 27.

Meanwhile, Rabada, who had sustained a right adductor strain -- one that also kept him out of the dead-rubber final T20I at Newlands -- had already been ruled out of the ODI series which begins Friday in Cape Town.

"The player will be released from the squad and bio-secure environment tomorrow to begin recovery, rehabilitation and preparation for the Betway Test series against Sri Lanka beginning on December 26," a CSA release stated on Wednesday.