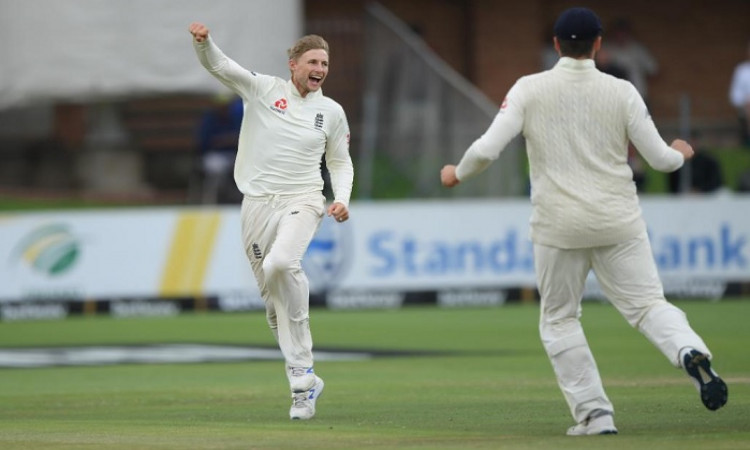 Port Elizabeth (South Africa), Jan 19: England captain Joe Root had a star turn with the ball as he took his side closer to win on the fourth day of their third Test against South Africa at St. George's Park in Port Elizabeth.

South Africa lost a total of 10 wickets in 66.4 overs over the course of their two innings on Sunday. England pacers blew out the remainder of the South African batting order in the morning session to enforce the follow-on.

While the hosts were saved by the resistance from de Kock and Anrich Nortje on the third day, it was only captain Du Plessis who managed to occupy any significant amount of time in the middle in the second innings.

Root's first wicket was that of Malan by getting him LBW. Van der Dussen then fell after an inside edge he got off Root was pocketed brilliantly by Ollie Pope at short leg. De Kock was more at fault for his dismissal than anything that Root did after the former went for a heave outside off stump and ended up bottom edging it to Mark Wood.

Du Plessis occupied the crease for 123 balls and scored 33 runs but fell after being pocketed by Pope once again at short leg off Root.

Wood got the other two wickets of the innings, pocketing opener Dean Elgar and Zubayr Hamza. The series is level 1-1 and England will be looking to wrap up the series win as early as possible on the final day. Vernon Philander, playing his last Test match, and Keshav Maharaj are holding fort for South Africa.