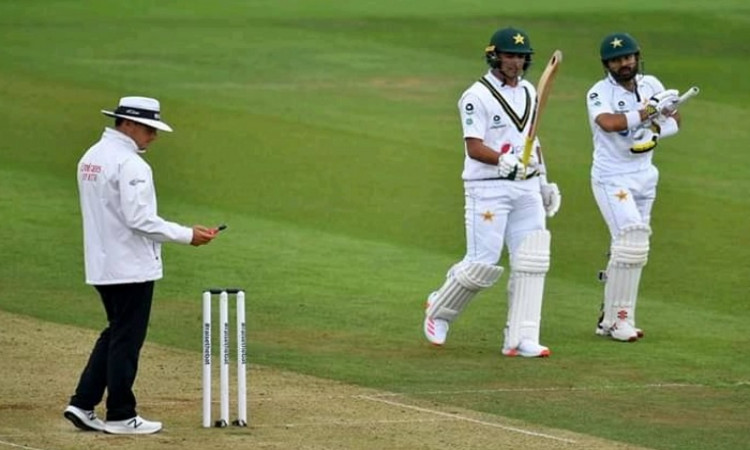 AUG 15, NEW DELHI: Only two overs could be bowled in the third session on Day 2 of the second Test between England and Pakistan before rain stopped play at the Ages Bowl here on Friday. At the draw of stumps on a rain-hit, Pakistan were 223/9 after a resolute stand between Babar Azam and Mohammad Rizwan was broken by Stuart Broad in the second session.

England made quick work of the Pakistan tail after Babar's dismissal by getting rid of Yasir Shah and Shaheen Afridi in quick succession. However, Rizwan went on the counter after that helped his team past the 200-run mark.

Also Read: No special measures, IPL 13 could be the safest: BCCI ACU head

Earlier, Rizwan and Babar had steadied the ship for Pakistan as their batsmen failed to get read on the England pacers on the first day. At the break, Babar was batting on 45 with wicketkeeper Mohammad Rizwan on 12 as the overnight pair hung on managing 29 runs in the truncated first session.

Rizwan starts on 60 on the third day with Pakistan's no.11 Naseem Shah on one at the other end on Day 3.