Eng vs Pak 2nd Test: No play on Day 3 as rain plays spoilsport 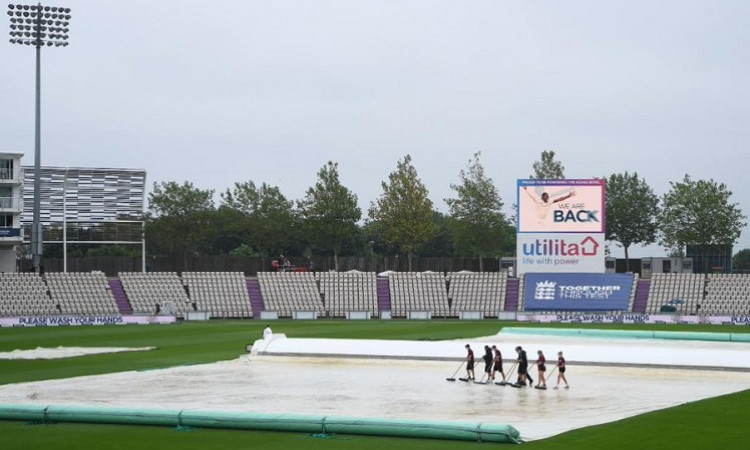 Southampton, Aug 15:  No play was possible on Day 3 of the ongoing second Test between England and Pakistan being played at the Ageas Bowl because of persistent rain and bad light. Intermittent rains and the ensuing poor light and wet conditions on the field throughout the day meant that Pakistan's overnight first innings score of 223/9 remains the same going into Day 4.

Wicketkeeper Mohammad Rizwan's counter-attacking 60* off 116 balls helped a tottering Pakistan innings go past the 200-run mark. He was in the middle with no.11 Naseem Shah when the players were called off early on Day 2 due to bad light.

The game now goes into the fourth day with only 86 overs bowled in the first three days. Pakistan's hopes of levelling the three-match series, which may have been sparked again by Rizwan's knock, take a major hit after their three-wicket loss in the first Test earlier at the Old Trafford in Manchester.

The weather forecast remains gloomy for the remaining two days of the match.

On Day 2, England made quick work of the Pakistan tail after Babar Azam's dismissal by getting rid of Yasir Shah and Shaheen Afridi in quick succession. However, Rizwan went on the counter after that helped his team past the 200-run mark.