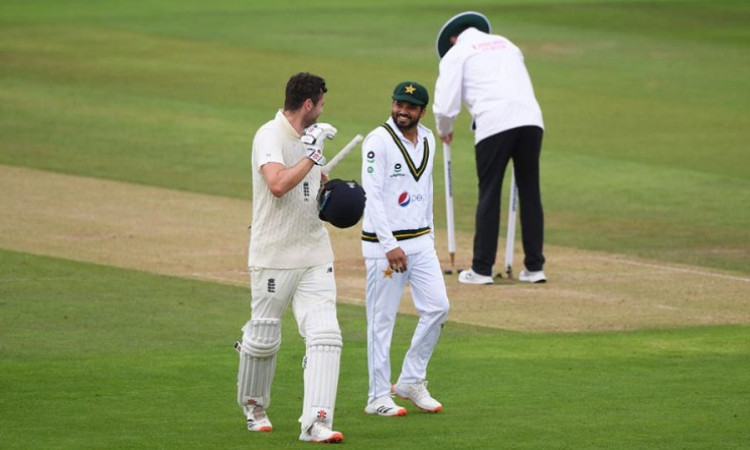 Southampton, Aug 17:  England reached 7/1 against Pakistan at Lunch on Day 4 of the rain-affected second Test at the Ageas Bowl here on Sunday which saw no further play being possible due to wet outfield.

No play was possible in the second session as groundstaff concluded it would take 2.5-3 hours to get the pitch ready and longer to mop up the outfield. At the break, Dom Sibley was batting on 2 with Zak Crawley on 5. England trail Pakistan by 229 runs. No play was possible on Day 3 because of persistent rain and bad light.

Resuming at 223/9, Mohammad Rizwan top-scored for the tourists with a fighting 72 as Stuart Broad and James Anderson returned figures of 4/56 and 3/60 respectively to bowl out Pakistan for 236.

Only 5 overs were possible before the skies opened up again and early lunch was taken.On Day 2, England made quick work of the Pakistan tail after Babar Azam's dismissal by getting rid of Yasir Shah and Shaheen Afridi in quick succession. However, Rizwan went on the counter after that helped his team past the 200-run mark.