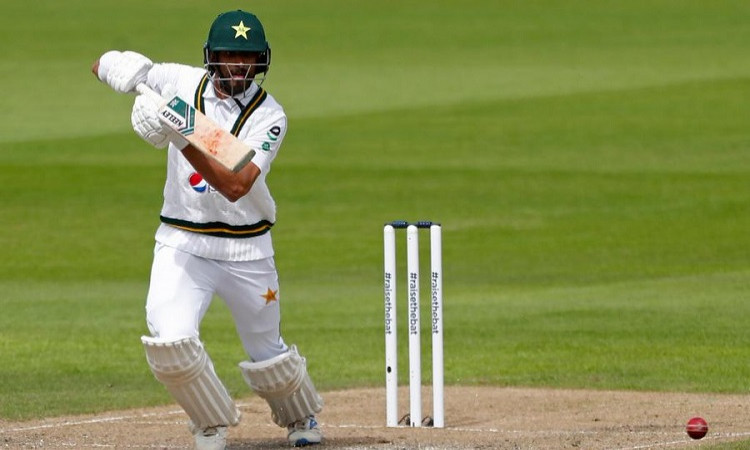 Manchester, Aug 6: Shan Masood on Thursday showed composure of highest order but batters around him did not have an answer to England's bowling firepower as Pakistan were left reeling at 187/5 at Lunch on Day 2 of the first Test being played at the Old Trafford.

Opener Masood continued to graft on the second day as he reached 77* from 225 balls (10x4) but his overnight partner and highly-rated batter Babar Azam departed for 69, failing to add to his score from Wednesday. Resuming the day at 139/2, Babar was enticed into a false drive by James Anderson who had him caught at first slip by hosts' skipper Joe Root.

Asad Shafiq (7) followed suit soon after as Ben Stokes took a superb catch at second slip off Stuart Broad's bowling to get rid of the new batsman.

Wicketkeeper Mohammad Rizwan tried to play watchfully alongside Masood at the other end but half an hour before the end of the first session, Chris Woakes did him with a wider from the crease delivery that caught Rizwan's edge of the bat and flew to 'keeper Jos Buttler.

Earlier on a rain-marred opening day, Pakistan -- after electing to bat -- reached 139/2 before umpire called Stumps due to bad light in the third session which saw only eight overs of play.