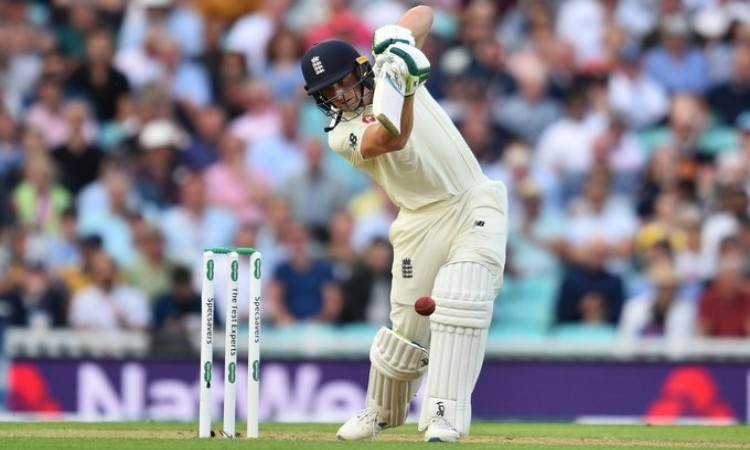 Manchester, Aug 7: Pakistan bowlers on Friday again dominated proceedings as they kept the England batsmen on the backfoot throughout the first session of the third day of the first Test being played at the Old Trafford. England reached 159/5 at Lunch, still trailing by 167 runs.

Starting from their overnight score of 92/4, Ollie Pope and Jos Buttler displayed cautious cricket initially and kept the bowlers at bay.

Pope soon got over the fifty-run mark and this was his fifth half-century in 11 Tests. Pakistan seamers kept building the pressure and it took England 32 balls to score eight runs and go past the 100-run mark.

Pope's 117-ball vigil finally came to an end as he became fast-bowler Naseem Shah's first scalp of the innings. A short delivery from Naseem produced an edge off Pope's bat and he was caught by Shadab Khan at gully for 62.

All-rounder Chris Woakes then joined Buttler in the middle and the duo started to rebuild the innings. Both batsmen were cautious in their approach but hit boundaries whenever bad deliveries came their way.

At the end of the session, Buttler and Woakes remained unbeaten and had put together a partnership of 32 off 46 deliveries when bails were taken off by the umpires.