Southampton, July 28: Cricket Ireland (CI) on Tuesday named a 14-man squad to face England in the first ODI of the three-match series that is scheduled to be played at Ageas Bowl in Southampton on Thursday. 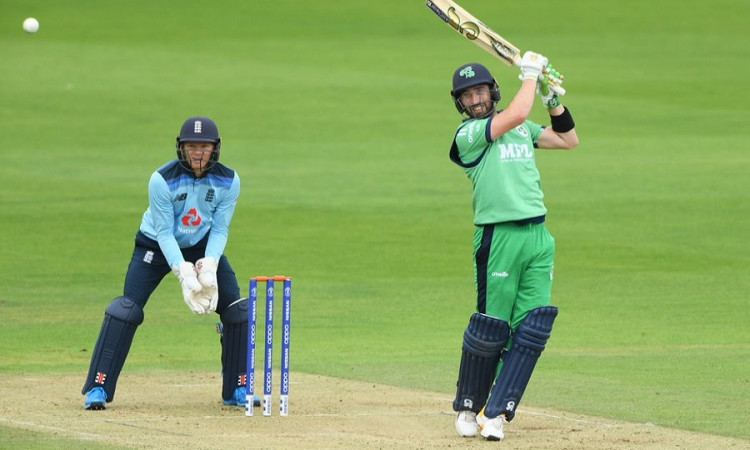 "The circumstances of this series means that a 14-player squad can be chosen for each match, with the ability to make a player substitution at any time," CI said in a statement.

"In addition, Ireland has a travelling squad of 22 players in Southampton, and can bring in any of the eight reserve players to subsequent matches, so selectors have today named 14 players for the first match of the three-match series."

Apart from the first ODI, the final two matches of the seires are also scheduled to be played at the same venue on August 1 and August 4 respectively.

The ODI series will also mark the beginning of the inaugural edition of the ICC World Cup Super League. Introduced to bring context to ODI cricket, the Super League will determine qualification for the 2023 World Cup with the top seven teams automatically booking their spot at the event in India.

"These ODIs are not only a great opportunity for our squad to test themselves against the world champions, but are extremely important in the context of qualification for the 2023 Cricket World Cup," chairman of national selectors Andrew White said in the statement.

"Every player in our squad is lacking game time as a result of the lockdown, so the two warm-up games gave the players an opportunity to gain their first competitive action since early March and there were some very positive performances on display over those two matches.

"However, our deliberations on selection took into account not only those two warm-up games, but also form shown earlier in the year before lockdown. In addition, we also took into account that we have a larger squad here than would be normal, so we decided on a side for the first game only at this point," he added.