The tourists looked in trouble at 98/5. But Rishabh Pant's marvellous 146 had given India an upper hand on Friday. 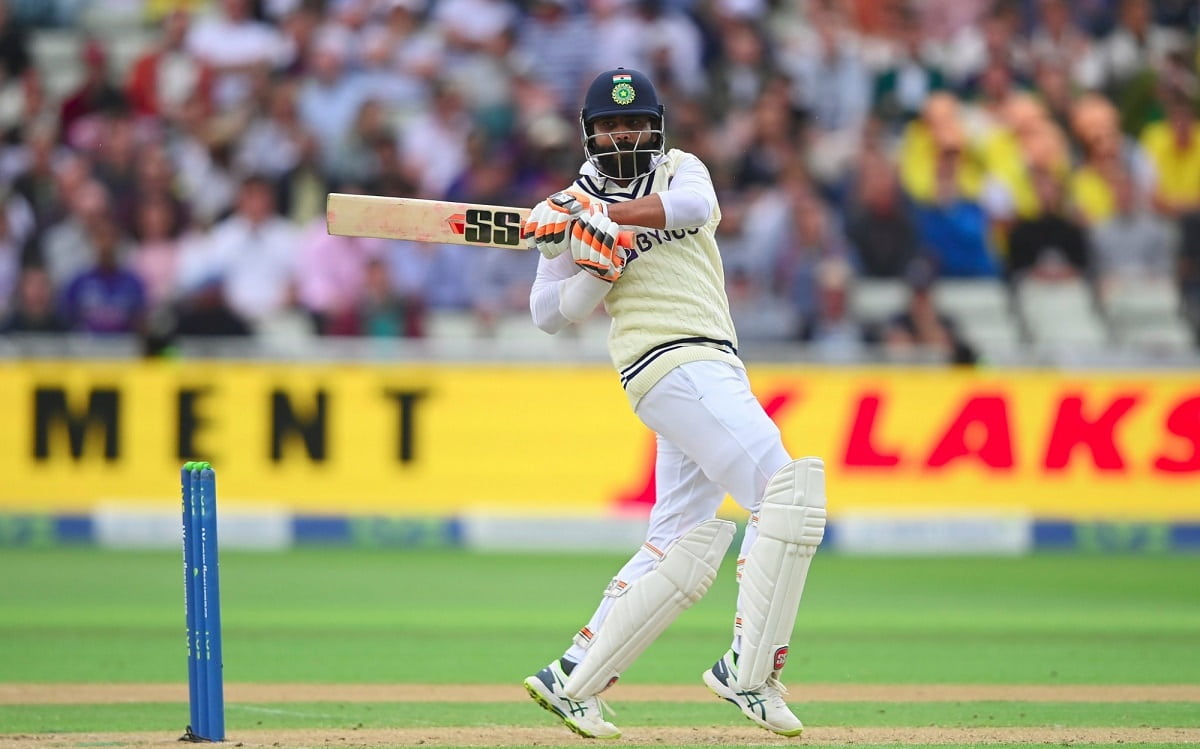 Ravindra Jadeja got a fantastic third Test hundred while captain Jasprit Bumrah slammed a whirlwind, unbeaten 16-ball 31, including hitting Stuart Broad for a record 35-run over, to lift India to 416 all out in 84.5 overs on day two of the rescheduled fifth Test at Edgbaston on Saturday.

The tourists looked in trouble at 98/5. But Rishabh Pant's marvellous 146 had given India an upper hand on Friday. On Saturday, it was Jadeja's turn to reach his century in a knock where he started on an attacking note, but dropped anchor as Pant became the aggressor.


WATCH: Jasprit Bumrah's Impressive Captaincy Debut With The Bat; Takes On Broad For Most Expensive Over In History

Bumrah then hammered Broad in a stunning show of boundaries to claim the world record of most runs scored in an over of Test cricket, surpassing the previous record in the hands of Brian Lara, George Bailey and Keshav Maharaj. For England, who leaked 78 runs in 11.5 overs to wrap India's innings, James Anderson picked his sixth five-wicket haul (5/60) against India in Test cricket.

Mohammed Shami kick-started the day with back-to-back boundaries off short balls from Matthew Potts -- a pull through deep mid-wicket was followed by a crisp cut through point. As England tried to get a breakthrough with short-pitched stuff, Shami and Jadeja took a boundary each off Ben Stokes.

Jadeja had a slice of luck at 92 when Zak Crawley and Joe Root had a crack at catching his outer edge in the slip cordon, but none got close to it, denying Potts his third wicket. On the very next ball, Jadeja played a cracking cut to reach a splendid century. After Shami fell while trying to ramp Stuart Broad over third man, Jadeja was bowled by James Anderson while going for the slog, with England's chances of keeping India under 400 looking bright.

But what followed next was something no one had even thought of. Bumrah pulled the first ball from Stuart Broad in the 84th over for a boundary. It was a top-edge that Crawley very nearly got to, but it evaded him and bounced over the rope. Broad again dug it short and it went high over wicketkeeper Sam Billings' head for five wides.

More agony followed for Broad as Bumrah bludgeoned a full toss over mid-on for another boundary and then got an inside edge to fine leg for another boundary. Bumrah fell while trying to swat Broad over deep square leg, but the ball sailed comfortably for the fourth boundary of the over.

Broad bowled another short ball and Bumrah pulled brilliantly over fine leg for six, giving him the world record for scoring most runs in an over of Test cricket - 35. In the next over, Anderson ended India's innings by having Mohammed Siraj caught at mid-off, earning a five-wicket haul for the 32nd time in Test cricket.