India women's cricket team defeated England by 88 runs in the second ODI at the St Lawrence Ground to clinch their maiden ODI series in England in 23 years. 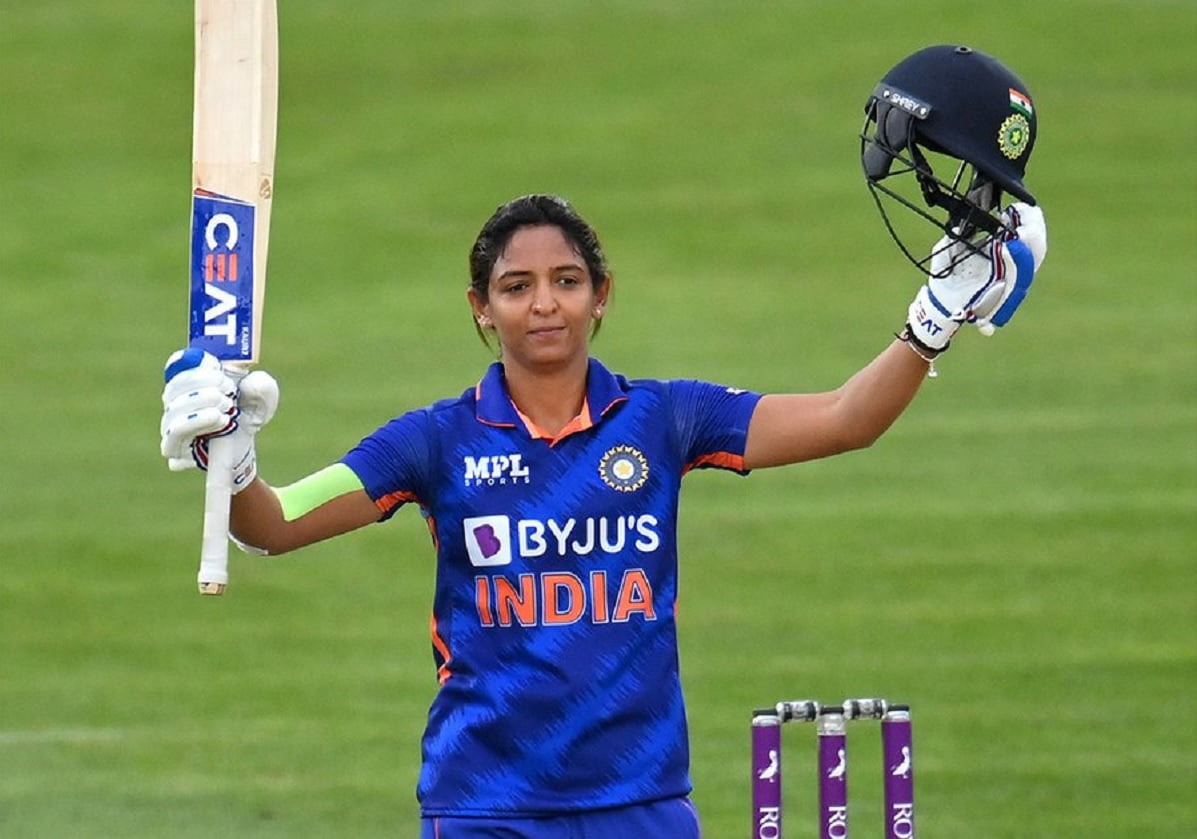 Led by Harmanpreet Kaur's fifth ODI century, India women's cricket team defeated England by 88 runs in the second ODI at the St Lawrence Ground in Canterbury to clinch their maiden limited overs series in the country in 23 years.

The Indian skipper registered her second-highest ODI score - an unbeaten 111-ball 143, an innings which included 18 boundaries and 4 sixes.

Harmanpreet's master class hundred powered India to post their all-time second-highest total of 333/5, after being put into bat on September 21. England was in control till the end of 40 overs, but a late surge by India turned into a nightmare for England's young bowling attack.

England got an early breakthrough as Kate Cross cleaned up Shafali Verma cheaply for eight. But Smriti Mandhana and No.3 Yastika Bhatia were quick in recovery. Mandhana didn't hold back on the attack.

The southpaw crunched four boundaries and a six and even crossed the 3000 ODI-run mark en route her knock of 40 before she was trapped leg before by Sophie Ecclestone's left-arm spin. She, however, had steadied the innings with two handy partnerships in the company of Yastika Bhatia and Harmanpreet.

At 99 for 3, India still had a lot of build on, and the Indian skipper ensured the momentum wasn't handed over to the hosts. In the company of Harleen Deol, she added 113 runs for the fourth wicket. Lauren Bell got the much-needed breakthrough in the 40th over before witnessing as well as being on the receiving end of Harmanpreet's ballistic onslaught.

In response, England were dented early in the chase - this time courtesy Harmanpreet's direct throw which found Tammy Beaumont short in her attempted single. Soon enough, Renuka Singh knocked off Sophia Dunkley's off-stump with an incoming delivery to leave the hosts down on 12 for 2 in the fourth over.

Alice Capsey's counterattack helped England pull themselves back from a poor position, but Indian bowlers kept chipping in with wickets quickly.

Emma Lamb was trapped leg before by another incoming delivery from Renuka in the eighth over to help India keep control of the proceedings.

With victory firmly in sight, Harleen, D Hemalatha, and Shafali also rolled their arms over for a few overs and combined to return with three wickets in 32 balls as England were bundled out for 245.