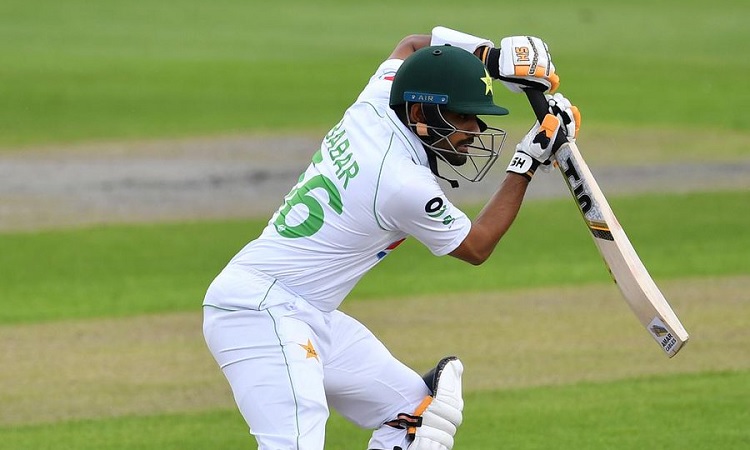 Manchester, Aug 6:  The third session of the first day was largely washed off with only eight overs being bowled in it. Pakistan are 139/2 at the end of the day with a free flowing Babar Azam on 69 off 100 and a resilient Shan Masood on 46 off 152.

Early Tea was taken on the first day of the first Test between England and Pakistan at Old Trafford on Wednesday, thus putting a halt on Babar's charge.

Pakistan's number 4 was on 52 off 71 balls at Tea after building his partnership of 78 runs with opener Masood, thus swinging the momentum the visitors' way in the second session.

Pakistan came into the post-lunch session having lost Masood's opening partner Abid Ali and captain Azhar Ali in the first session. Babar got off the mark in the second session with a four off the first ball he faced from James Anderson.

Babar hardly ever looked fussed throughout his free flowing innings in the second session. England had a chance at breaking the partnership when Masood got a feather touch on a delivery that spun away from off stump from Dom Bess. Jos Buttler however failed to hold on to it and Masood's vigil continued.

Two overs later, Babar got to his half century in just 70 balls. Only one ball could be bowled by Jofra Archer in the over after that before the umpires called the players off due to bad light. Rain soon followed and early Tea was called.

Earlier, Jofra Archer and Chris Woakes bowled with venom and snared two wickets to disturb Pakistan's watchful start as they reached 53/2 at Lunch.

Electing to bat first, the tourists were off to a steady start as openers Shan Masood and Abid Ali put away the early threat from veteran new-ball bowlers James Anderson and Stuart Broad.

England captain Joe Root introduced the slippery Archer and it worked as the gun-quick rattled Ali's stumps with a full delivery after setting him up with a barrage of bouncers in the previous over. Pakistan skipper Azhar Ali soon joined the opener as he was trapped in front by Woakes, failing to open his account.