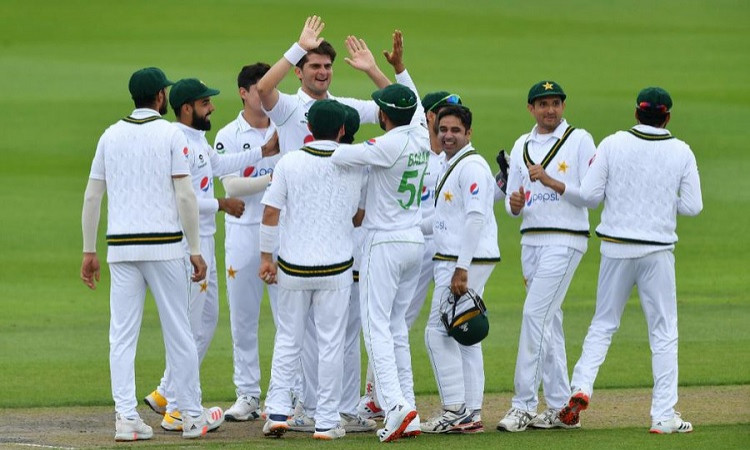 Manchester, Aug 7:  Pakistan fast bowlers were all over the England batting lineup as the hosts were reduced to 92/4 at the end of Day 2 of the first Test at Old Trafford in Manchester on Thursday.

Mohammad Abbas took two wickets while Shaheen Afridi struck once after Shan Masood's 156 off 319 balls helped Pakistan to a first innings total of 326.

Afridi provided the breakthrough off the fourth ball of the first over itself, trapping Rory Burns in front of middle stump.

The umpire did not raise his finger initially but captain Azhar Ali went for the review. The replays went the visitors' way. Burns' opening partner Dom Sibley found it just as difficult to adjust to the fiery spells of Afridi and Abbas and fell two overs later.

This meant that England had Ben Stokes and Joe Root in the middle within the first six overs of their innings. Even Stokes, who has enjoyed stellar form over the past year and a half, could not survive for long as Abbas' delivery swung past his outside edge struck the top of his off stump.

Root hung on with Ollie Pope as the latter finally gave England a steady flow of runs. The pair put up 50 for the fourth wicket before the England captain edged Yasir Shah to wicket-keeper Mohammad Rizwan.

Jos Buttler and Pope then saw England through to Stumps. Earlier, Shan Masood raced to his 150 and his epic knock was finally ended by Stuart Broad. The ball hit his back pad and while he called for a review, the replays only confirmed the on-field umpire's decision. Masood walked off to warm applause from his team mates.