Southampton, Aug 2: Jonny Bairstow hammered 82 off just 41 deliveries as England beat Ireland by four wickets in the second ODI between the two sides to claim victory in the series at the Ageas Bowl in Southampton. 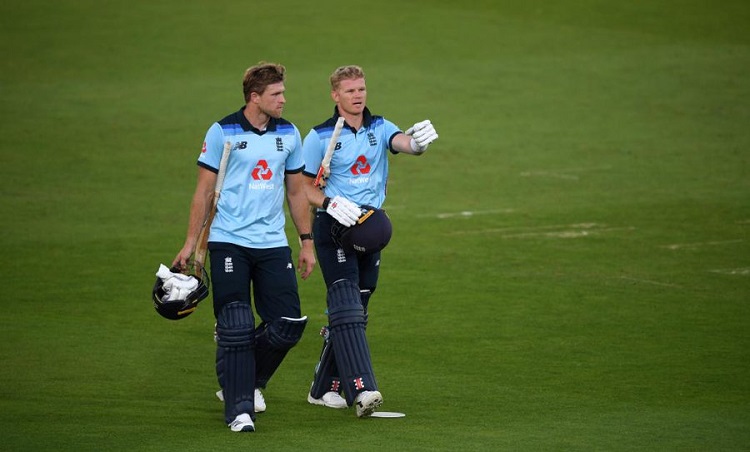 England chased down a target of 213 with four wickets and nearly 20 overs to spare. The hosts now lead the three-match series 2-0, after their six-wicket win in the first match.


I think MS Dhoni is past his best: Roger Binny

Bairstow's efforts ensured that England crossed the 130-run mark within the first 16 overs of the match, although his innings also did not last longer than that. His opening partner Jason Roy went for a third-ball duck.

Bairstow went on to share a 71-run stand with James Vince, which came off just 49 balls, most of it courtesy the England wicketkeeper-batsman. He however got a nick off Josh Little that flew straight into the hands of Lorcan Tucker behind the stumps to be dismissed on 82 off 41 balls.

Little then dismissed England captain Eoin Morgan and Moeen Ali in his next over to give the Irish boys a ray of hope but Sam Billings and David Willey saw them through to the end.

Little was Ireland's highest wicket taker with three scalps while Curtis Campher, who led the way with the bat in both matches, took two.

Earlier, Campher led another late fightback from Ireland to help them cross the 200-run mark. After being 91/6 in the 28th over, Campher helped the visitors post 212/9 at the end of their 50 overs.