India beat England by 157 runs in the 4th test match at the Oval to take the lead in five-match series 2-1 on Monday.  Resuming the day at 77/0, openers Haseeb Hameed and Rory Burns came in with the 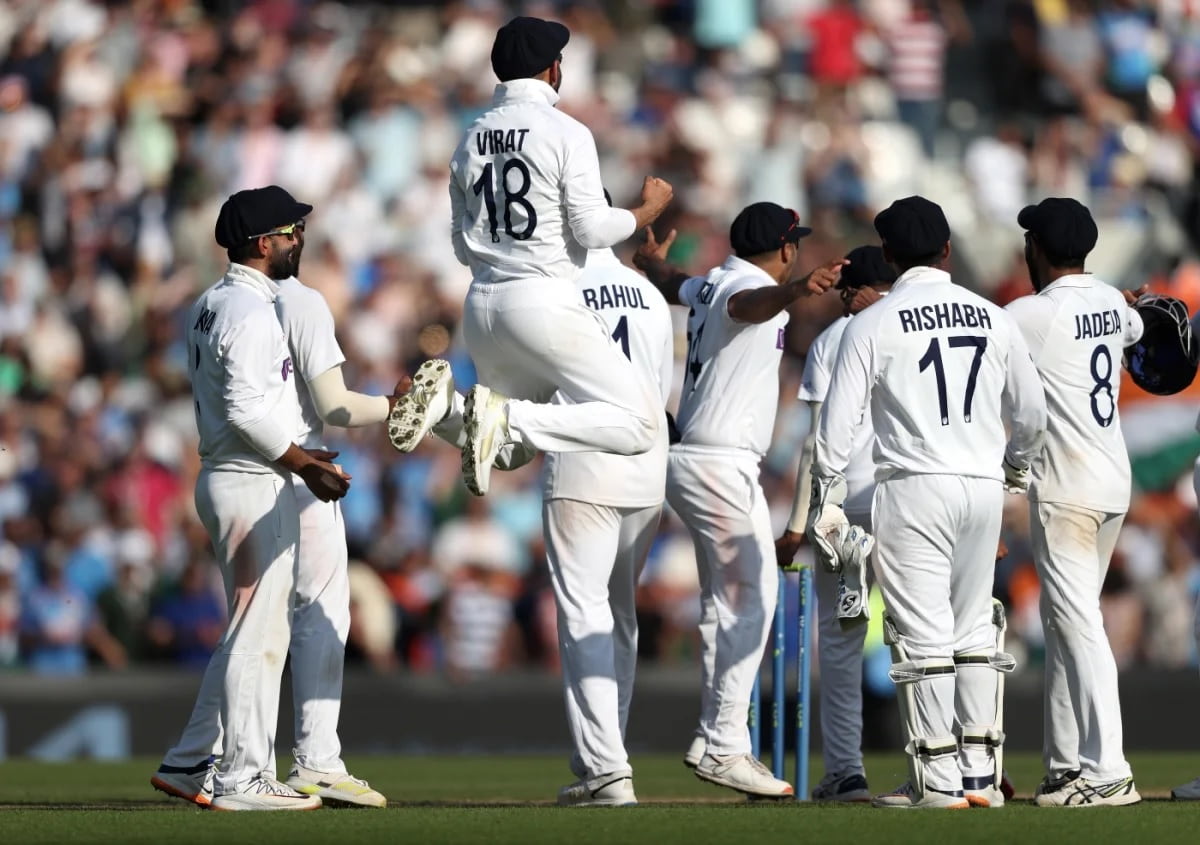 India beat England by 157 runs in the 4th test match at the Oval to take the lead in five-match series 2-1 on Monday.

Resuming the day at 77/0, openers Haseeb Hameed and Rory Burns came in with the defensive mode on. There was nothing in the pitch so the Indian bowlers stuck to the wicket-to-wicket line and didn't allow easy boundaries.

Burns reached his fifty but right after that, Shardul Thakur got the breakthrough as the left-handed opener edged one to the keeper. Dawid Malan joined Hameed at the crease, who continued to defend, and reached his fifty shortly.

Ravindra Jadeja, who was continuously troubling the batters, almost got Hameed caught at mid-on but unfortunately, Mohammed Siraj dropped it. Malan survived 33 deliveries but a miscommunication between the two batters caused a run-out and he had to go back to the pavilion.

It all began when the ball spun from just outside the rough which went past the defence of Hameed and hit the off stump. Then it was Bumrah's turn who reversed the ball into Ollie Pope that crashed onto the stumps. Bumrah took his second wicket in five deliveries when a brilliant yorker clean bowled Jonny Bairstow for a duck.

Jadeja, who was becoming lethal every ball, got Moeen Ali caught at short leg as England lost four wickets for just six runs.

Root and Chris Woakes tried to revive the innings with a 35-run partnership from 78 balls but Kohli brought Thakur back into the attack and he once again gave the breakthrough India needed. Shardul bowled Joe Root which once again opened the game.

And on the stroke of tea, Chris Woakes chipped Umesh Yadav to short midwicket, leaving England 193-8.

The third session ended up rather quickly as India wrapped up England's last two wickets in 30 minutes and took lead in the five-match series 2-1 with one match to go.

The 4th test was a roller coaster ride for both teams. India got bowled out for 191 in the first innings and England took a lead of 99 runs after the 2nd innings.

India fought back with the help of Rohit Sharma's first overseas hundred and fifties from Cheteshwar Pujara, Rishabh Pant, and Shardul Thakur. An inspired batting performance helped India set a target of 368 runs to England.

India and England will now meet each other at Old Trafford, Manchester.