India vs England 2021: Ollie Robinson's lethal bowling on the morning of day 4 helped England wrap up the 3rd test in the 1st session itself and level the series 1-1, with two matches left. 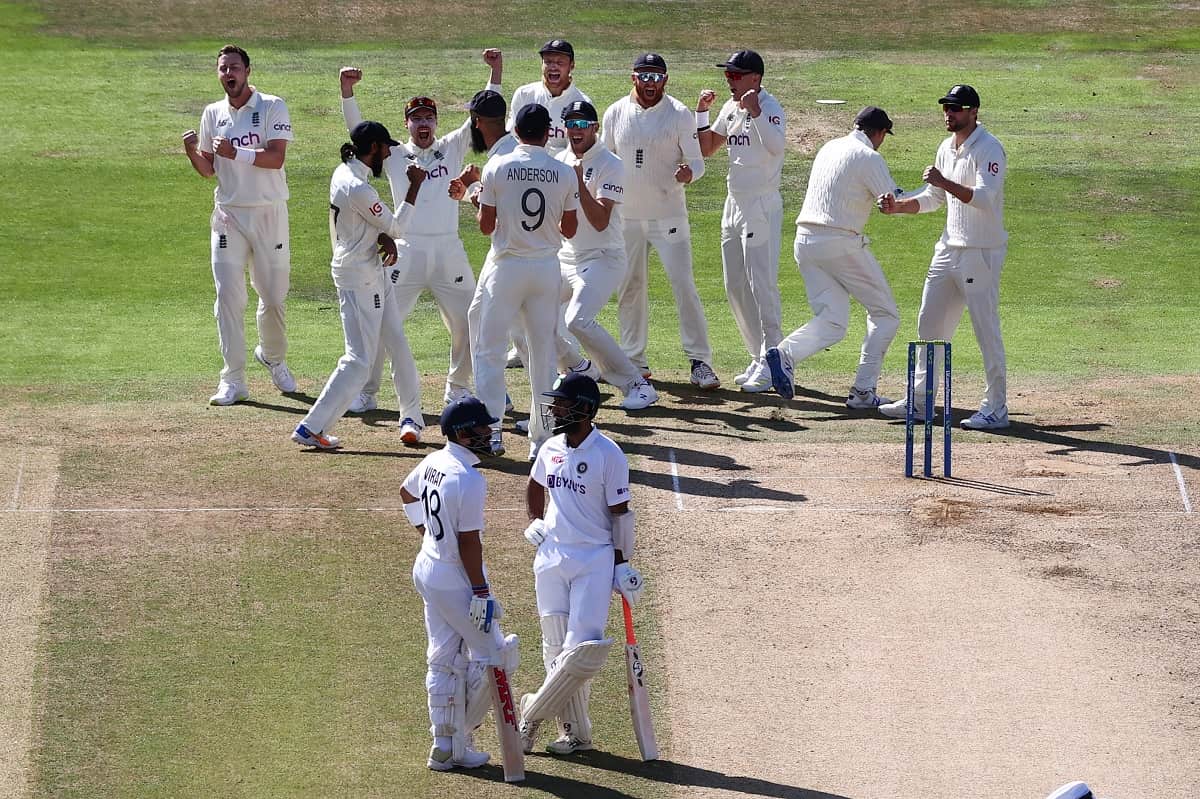 Resuming the day on a high of day three's resistance from Cheteshwar Pujara, Rohit Sharma, and Virat Kohli, Indian batters arrived at the crease with 215/2 on board. England took the new ball from the first over, and it sure did wonders for them.


Preview: Saint Lucia Aim For Revenge And Revival Ahead Of Clash Against Trinbago Knight Riders

Pujara couldn't add anything to his overnight score of 91 as he misjudged a length ball from Robinson which hit him on the pads. Since he didn't attempt a shot, he was adjudged out after Joe Root took a review.

Virat Kohli reached his fifty with a flick but once again fell for the ball outside off-stump off Robinson. In the last over, Kohli had survived a caught behind, courtesy of DRS.

After Kohli's dismissal, the rest of the batting fell like a pack of cards in the next 45 minutes as India got bundled out for 278 and lost the match by an inning & 76 runs.

Robinson ended with match figures of 7/81, including a five-wicket haul in the 2nd inning.

Earlier, England's top-order set up the match as they made full use of some outstanding batting conditions at the Headingley, Leeds. Joe Root led the charge with the third hundred of the series, well supported by Rory Burns, Haseeb Hameed, and Dawid Malan's half-centuries.

Although Virat Kohli had won the toss and opted to bat first, India had a forgettable start to the test match as they got bowled for 78 inside two sessions on day 1.

The five-match series will now move to Kennington Oval, London for the 4th test match.