End of road for MS Dhoni or another finishing act on cards? 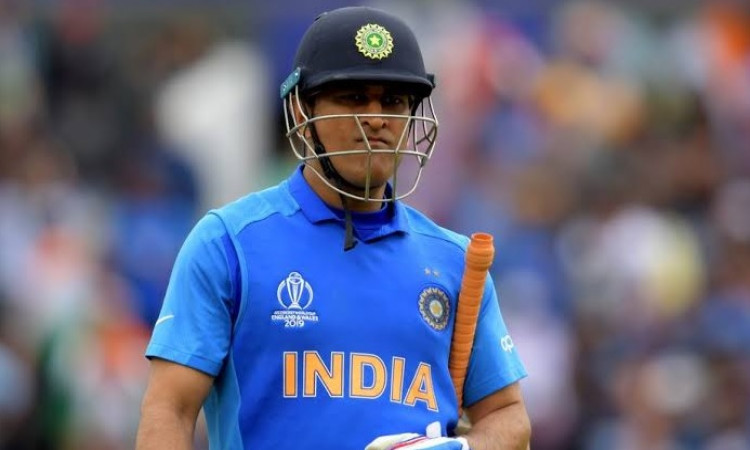 New Delhi, Jan 16: Ever since the culmination of the 2019 World Cup, the one million dollar question that has been doing rounds in Indian cricket is about the fate of Mahendra Singh Dhoni.

Will he retire from international cricket?

When on Thursday, the Board of Control for Cricket in India (BCCI) excluded Dhoni's name from its list of centrally contracted male cricketers for 2019-20 season.

It added more fuel to that fire: Will MSD retire?

Dhoni's omission might be a possible indicator that his days as India cricketer are numbered.

The Ranchi stumper took a sabbatical in the aftermath of India's World Cup exit where they suffered a crushing defeat against New Zealand in the semi-finals.

Thereafter he hasn't been considered for selection and chief selector M.S.K. Prasad has also stated that the team was "moving on" from one of the greats of the game to have ever played for India.

Late last year, Dhoni hinted that he would not reveal his plans until January 2020.

While Dhoni has remained tight-lipped about his future, Head Coach Ravi Shastri, in an interview with IANS, left open a small chance of Captain Cool's participation in this year's T20 World Cup, though it would be subject to his performance in the IPL this year and other selection dynamics.

Fans might feel that Dhoni's omission from BCCI contracts is a possible sign that the legendary World Cup-winning captain is now looking forward to a future sans Team India.

There are two reasons for fans not to speculate. One: BCCI President Sourav Ganguly's insistence on the fact that each and every individual cricketer will get due respect.

"You know champions don't finish quickly. I don't know what's in his mind and what he thinks about his career. So we will deal with that you know," Ganguly had said after taking over as the board president.

"He is one of the greats of the game and India is proud to have MS Dhoni over a period of time. If you even sit down and take a note of what he has done, you say, 'Wow, MS Dhoni'.

"Till I am around, everybody will be respected and that doesn't change," he added.

If this doesn't indicate about Dhoni donning the Blue jersey again, then Thursday's assertion by BCCI hours after the contract list was made public -- wherein they said that central contracts have nothing to do with his future -- only show that the doors of the Indian team for the two-time World Cup winning captain are still open.

"Let's get the facts right. A contract isn't the ultimate authority on whether you can play for the country or not. Regular players are given a contract and to be honest, Dhoni hasn't played for the national team since the 2019 World Cup. So, he wasn't named in the contract," a BCCI official told IANS.

"If someone sees this as the end of the road or some hint from the selectors, it isn't the case. He can still perform and get back into the national team if he wants and that includes playing for India in the World T20. The central contract honestly has no relation to Dhoni's India future. In the past also you have had players without a contract playing for the country and you will see that in the future as well. Assuming things doesn't help," the official explained.

Another important thing which goes in Dhoni's favour is the support he gets from current India captain Virat Kohli.

"He is one of the greats of the game and India is proud to have MS Dhoni over a period of time. If you even sit down and take a note of what he has done, you say, 'Wow, MS Dhoni'," Kohli had said about Dhoni prior to 2019 World Cup.

"You look at what he's done for the country, no one can (gift) him that space, he deserves it."

Kohli knows how important Dhoni is for the team in their bid to win the T20 World Cup slated to be held in Australia.

Dhoni, who made his debut against Bangladesh under Sourav Ganguly's captaincy in 2004, has turned up for the country till now in 350 ODIs, 90 Tests and 98 T20Is while affecting a staggering 829 dismissals behind the stumps.

And even though one cannot say with certainty what goes on in Dhoni's mind -- whether he plans to hang his boots or wishes to once again see Team India lift an ICC trophy, -- cricket fans not just in India but across the world will hope 'Captain Cool' finishes off his career "in style", just the way he has done on numerous occasions throughout his stellar career.