New Delhi, July 22:  Legendary leg-spinner Anil Kumble has opened up regarding his stint as head coach of Team India and stated it was a great feeling to again become a part of the dressing room following his retirement. 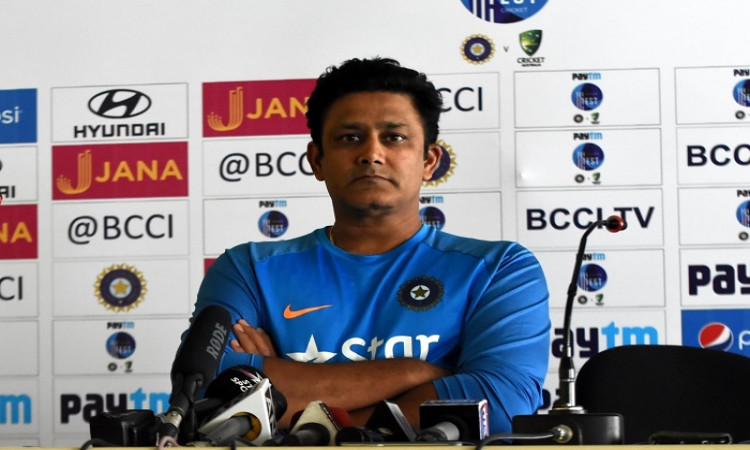 In 2017, Kumble resigned from the high-profile role after his relationship with skipper Virat Kohli became 'untenable'. There were reports that things were wrong between the two heavyweights for quite some time but Kohli brushed aside such talks during the Champions Trophy.

However, after the conclusion of the tournament where India lost to Pakistan in the final, Kumble stepped down as head coach.

Kumble stated he holds no regrets but did concede that end could have been better.

"I was very happy that I took up that role. It was great...the one year I spent with the team was really fantastic," Kumble told former Zimbabwe cricketer Mpumelelo Mbangwa during a live chat on the latter's Instagram handle.

"Having been with great performers and again being a part of the Indian dressing room was a great feeling.

"We did really well in that one year period. I was really happy that there were some contributions made and there are no regrets. I was happy moving on from there as well. I know the end could have been better but then that's fine," he added.

The 49-year-old also opened up regarding his relationship with off-spinner Harbjahan Singh and he gave an insight into how the two bowled in tandem and helped India achieve multiple victories during their time together in the national team.

"I had a very special bond with Bhajji (Harbjahan) because we played a lot more. Also Venkatpathy Raju, who was my first spin partner along with Rajesh Chauhan. Towards the second half of my career, Harbjahan Singh was pretty special," Kumble said.

"To have someone who could pick up fifers, for me, that was like a big advantage because when you have two spinners and both are capable of picking five wickets then as a batsman you know...even before the start of the match that you are under pressure.

"That kind of pressure certainly helps bowlers pick up wickets," he added.

Kumble represented India in a total of 132 Tests and 271 ODIs in which he scalped 619 and 337 wickets respectively.