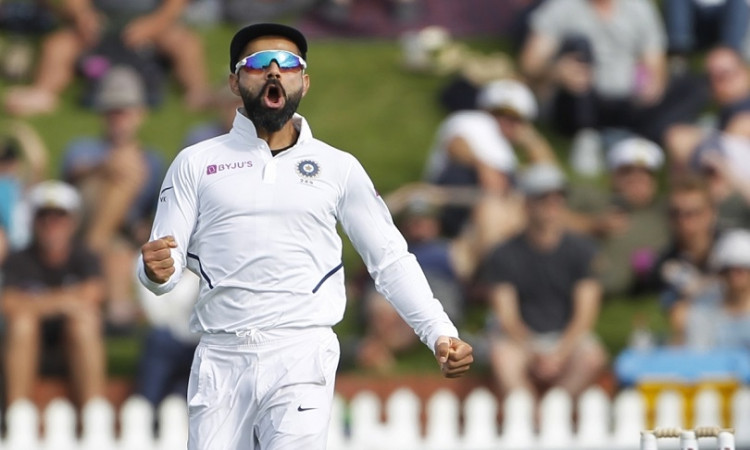 New Delhi, May 8: Team India captain Virat Kohli believes playing cricket behind closed doors is quite a "possible situation" amid the ongoing coronavirus pandemic. However, he has doubts whether the game would have the same magic when played in front of empty stands.

"It's quite a possible situation, it might happen, I honestly don't know how everyone is going to take that because we all are used to playing in front of so many passionate fans,"said Kohli while speaking on Star Sports 'Cricket Connected' show.

According to the Indian skipper, the game would be played with great intensity and players would put in their best efforts even while playing behind closed doors.

"I know it will be played at a very good intensity but that feeling of the crowd connecting with the players and the tension of the game where everyone goes through it in the stadium, those emotions are very difficult to recreate," said the 31-year-old.

"Things will still go on, but I doubt that one will feel that magic happening inside because of the atmosphere that was created. We will play sports how it is supposed to be played, but those magical moments will be difficult to come by," he added.

As a result of the coronavirus pandemic which has so far claimed more than 2.6 lakh lives across the world, a spate of series and tournaments, including the IPL 2020, have been postponed indefinitely.

Board of Control for Cricket in India (BCCI) President Sourav Ganguly had already said that there will be no cricket in the country for the foreseeable future amid the coronavirus pandemic.

With the pandemic refusing to slow down, question marks are even being raised over the men's T20 World Cup slated to be played in Australia in October-November.