Embrace The Pressure And Take One Game At A Time: KXIP Coach Kumble To His Players

Kings XI Punjab(KXIP) will be up against the mighty Mumbai Indians(MI) on Sunday in Dubai. 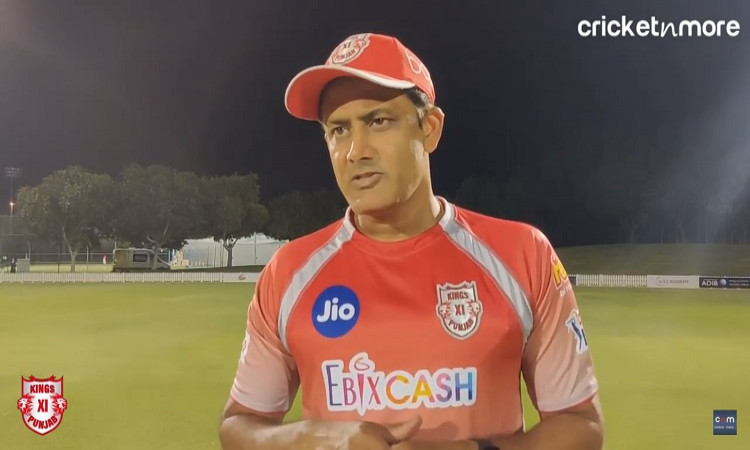 Speaking about the upcoming fixture, KXIP head coach Anil Kumble said that MI is a very strong side and it will be a cut-out task playing against them.

"Mumbai is a very strong team. We all know they have a very settled combination, so the task would be cut out for us but we are very confident. We know the wickets have changed a little bit but having said that I am very confident we can cross the line," said Kumble.

Anil Kumble has grown in confidence after their win against RCB in the last match. He said that the team needed that turnaround and the players played with professionalism.

"We needed that turnaround. We needed to cross the line although it wasn't for the faint-hearted. The way we went about crossing the line in the last, I thought it was a very professional effort. Our bowling was very good to restrict RCB around that score. Really happy with the way things went so that confidence will obviously help us in the next game," told Kumble in an exclusive interview with Cricketnmore.

Speaking about the tricky position of the team in the points table, the head coach said that they have been playing good cricket in the tournament which doesn't reflect on the table.

Talking about the pressure on the players, the 49-year old said that they need to embrace the pressure and take one game at a time.

"You have to embrace the pressure and make sure we take one game at a time that's what I have been telling the team, just play the game try and win the game and take it from there,'' told Anil Kumble.