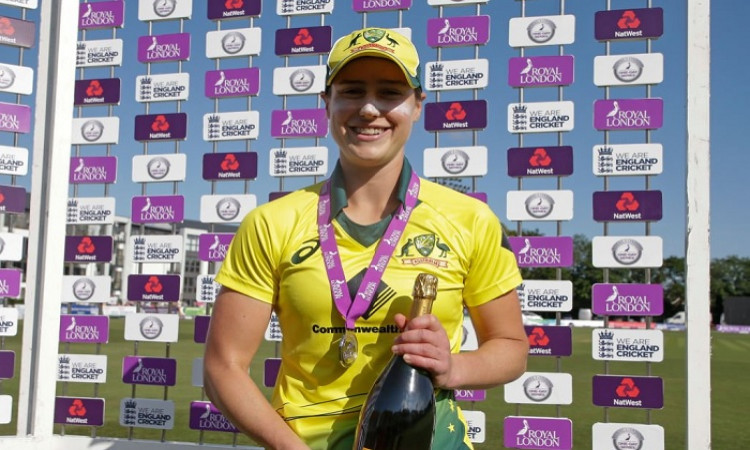 London, July 29: Australia all-rounder Ellyse Perry has become the first player to reach the all-round milestone of 1,000 runs and 100 wickets in T20I cricket.

On Sunday, Perry scored an unbeaten 47 in Australia's seven-wicket win in the second Ashes Women's T20I against England at Hove, thereby reaching the 1000-run mark.

In November last year, the all-rounder had brought up her 100th wicket by dismissing Nat Sciver in the World T20 final.

However, Perry downplayed the significance of her achievement. "I guess it's lovely, but I wasn't aware of it," ESPNcricinfo quoted her as saying.

"I actually think in T20 cricket at international level, we probably play it as much as the men, so I have played a pretty big volume of games now - over 100, so I suppose when you've played 100 games you might get close to it. That's probably the only reason I'm there - because I've played a lot of games.

Former Pakistan all-rounder Shahid Afridi is the closest to Perry's record with 1416 runs and 98 wickets, while Shakib al Hasan (1471 and 88) is best placed to join Perry in coming years.