South Africa's Faf du Plessis will miss his side's opening three games of English cricket's new Hundred competition because of the lingering effects of concussion, it was announced Saturday. 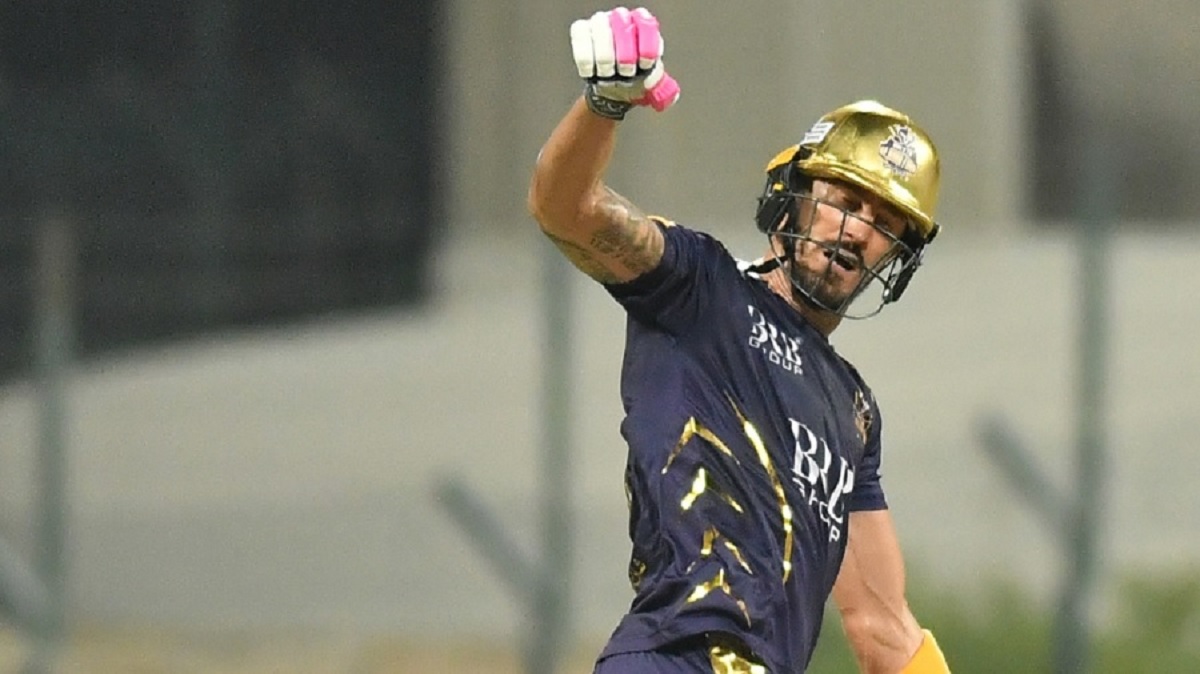 Du Plessis was due to captain the Northern Superchargers after replacing Australia's Aaron Finch.

But he was not in the side for the Superchargers' opening match of the new 100 balls per side tournament against the Welsh Fire on Saturday, with England all-rounder Ben Stokes leading the team instead.

Former South Africa skipper du Plessis, 37, suffered a concussion during a Pakistan Super League (PSL) T20 match in Abu Dhabi last month, after colliding with Quetta Gladiators teammate Mohammad Hasnain while trying to save a boundary and took no further part in that event.

"Northern Superchargers men's captain Faf du Plessis has been ruled out of the opening three games of The Hundred, as the batter continues to suffer symptoms of concussion," said an England and Wales Cricket Board statement.

"The Northern Superchargers medical team have been assessing the 37-year-old since his arrival last Friday and have decided it is in the best interests of the batter to rest for the opening three games. They will continue to monitor his progress."

Stokes is now set to captain the side in their opening two games.

In a tweet posted on June 13, du Plessis said: "Thank you everyone for all the messages of support. I'm back at the hotel recovering.

"Have concussion with some memory loss but I will be fine. Hopefully be back on the field soon. Much love."