Drizzle in Thiruvananthapuram ahead of ODI 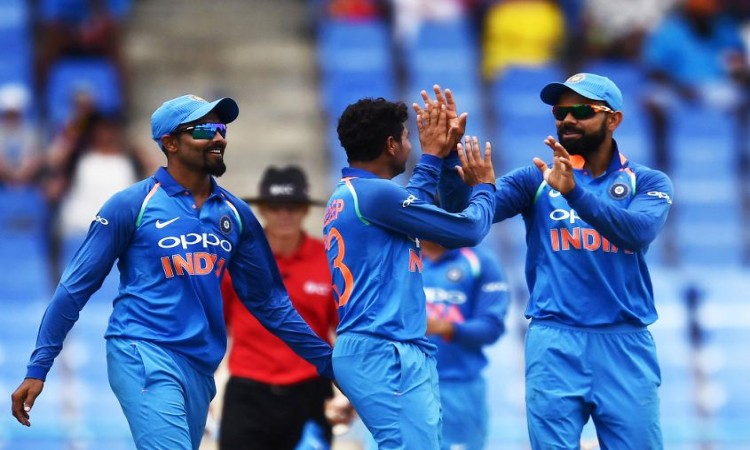 Thiruvananthapuram, Nov 1 (CRICKETNMORE): There was light drizzle here in Kerala ahead of the final match of the India-West Indies One Day International (ODI) cricket series on Thursday.

The 40,000 capacity Greenfield Stadium was expected to be full, despite the Met predicting rains later in the day.

There was some showers late on Wednesday too. The Kerala Cricket Association (KCA) is confident though with one of the best drainage systems, that there will not be a hindrance even if a shower or two fell during the match.

Already 38,000 tickets worth Rs 4 crore have been sold, a KCA official said.

Former India skipper Rahul Dravid had a pep talk with the Indian boys at the plush Kovalam hotel ahead of their trip to the stadium, that is said to be a batsman's delight.

With the 2-1 advantage in the series and a tie, India is clearly the favourite.