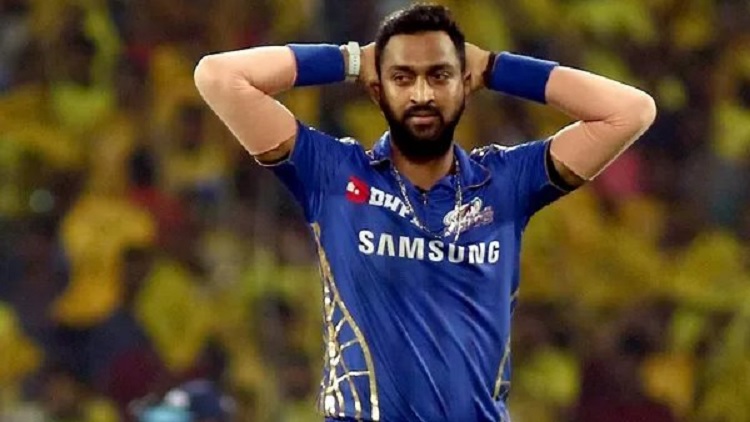 The Baroda cricketer, elder brother of star India all-rounder Hardik Pandya, was intercepted at the international airport where he landed from a UAE flight around 5 pm. Krunal was part of Mumbai Indians which won the recently concluded Indian Premier League held in the UAE.

According to the sources, he had reportedly made purchases of valuables, including gold chains, totalling to a huge amount, which was considered much above the permissible limits as per Indian laws.

After this was brought to his notice, Pandya admitted that he was unaware of the rules, apologised and even agreed to pay the penalties on the same.

He further assured that he would not repeat the error after which the DRI allowed him to leave.