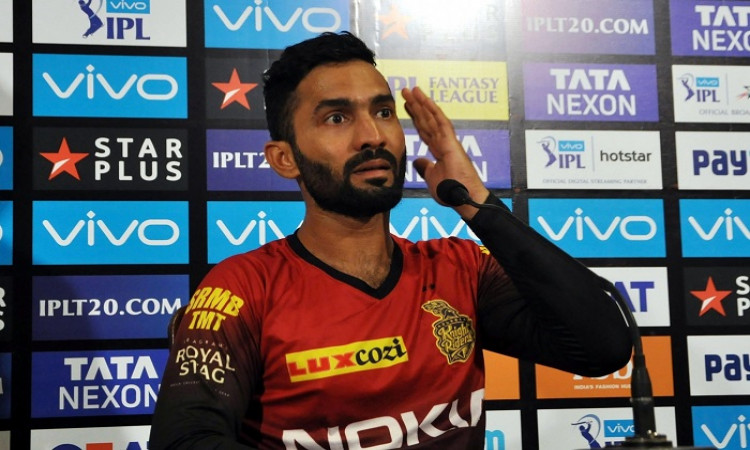 Kolkata, April 16 (CRICKETNMORE): Picked in the 15-man World Cup squad ahead of Rishabh Pant, stumper-batsman Dinesh Karthik said that it was a dream come true to be part of India's World Cup team.

"I am very excited. It has been a dream for me to be a part of this team for a long time now," Karthik said on Monday night.

"As a team, we have done some special things and I have been through that journey and I have really wanted to be a part of this team," he told www.kkr.in.

According to five-member selection panel headed by MSK Prasad, Karthik's experience of 91 ODIs gave him the edge over Pant who is still young and inexperienced.

Speaking during the post selection conference on Monday evening, Prasad said: "We were all in unison that either Pant or DK will come in only when Mahi is injured. In an important game, wicket-keeping is also important. That's the reason we went with Dinesh Karthik.

"Pant is full of talent. There's a lot of time for him. It's just unfortunate that he's missed out. Under pressure, we have seen Dinesh Karthik finishing matches. That scored for him."

The World Cup starts in England and Wales on May 30.